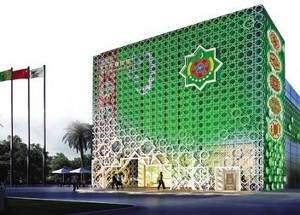 The statement reads that this is applied to the gas export to Russia.

In April 2009 there was explosion on the Turkmenistan section of the Middle Asia-Centre gas pipeline, because of a sharp reduction of gas receipt by Gasprom. Then Turkmenistan gas export to Russia was temporarily suspended, reads the statement.

The gas export was resumed in January 2010, but was reduced from 40-45 to 11 billion cub.m. of gas a year, because of the Russian partners’ position.

“In 2015 Russia once again announced that it is going to reduce purchase of Turkmenistan gas from 11 to 4 billion cub.m. a year without any reasons,” reads the statement.

The Ministry reported that in early February 2015 Alexander Medvedev, deputy chairman of Board of Gasprom, explained the decision to reduce the volume of gas import from Turkmenistan and Uzbekistan by Russia’s intention to satisfy the local and export demand at the expense of its own resources.

“This once again proves that in this case this is not the matter of failure to fulfill the contract commitments by Turkmenistan, but this is rather the matter of personal business issues of Gasprom,” reads the statement.

In April 2014 Turkmenistan President Gurbangulu Berdymohammadov said at a special session of the oil and gas industry that first of all it is important to ensure gas export to the foreign markets as it is stipulated by the contracts signed with the importing countries, such as Russia.