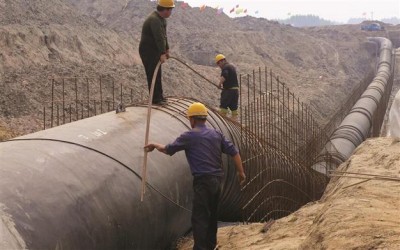 New rivals of the Southern Gas Corridor have emerged

Despite the Russian invasion in Ukraine leading to EU and US sanctions against Moscow and major Russian energy companies, public banks supported by EU countries are just gearing up to offer a one billion dollar loan to Russian company Lukoil for gas extraction in Azerbaijan.

Half a billion dollars from the European Bank for Reconstruction and Development (EBRD) and another half billion from the Asian Development Bank (ADB) are to be invested in Lukoil’s 10 percent share in the Shas Deniz offshore gas field in Azerbaijan (a final decision by the banks is expected in early 2015 but seems certain). (A little reminder: the EBRD is a public bank of both the EU and the US, with EU countries holding over half of voting rights. The Europeans also hold 15 percent of voting shares at ADB.)

The Shah Deniz oil and gas field is envisaged to be the main provider for one of Europe’s pet energy projects, the Southern Gas Corridor, a set of planned pipelines meant to bring gas into Europe from the Caspian region. The transportation infrastructure included in the Southern Corridor includes three major pipelines — South Caucasus, Trans Anatolian and Trans Adriatic — and all the Corridor is expected to require a total investment of more that 35 billion euros (45 billion US dollars).

The Southern Gas Corridor has been on Europeans’ minds for years but support for it gained even more momentum since the crisis in Ukraine, with advocates arguing that it is necessary to ensure the EU’s energy security in the face of an ever more aggressive Russia. Various components for the Corridor are now deemed priority energy projects for the EU and are being fast-tracked for financing by European public banks.

The first announcement for European public money support for the Southern Gas Corridor was made by the EBRD President Suma Chakrabarti at a press conference in Baku in July 2013. This July, the bank’s Director for Energy and Natural Resources, Riccardo Puliti, said that the EBRD is considering financing of up to 700 million US dollars for the Trans-Adriatic Gas Pipeline (TAP) and the Trans-Anatolian Gas Pipeline (TANAP) projects. 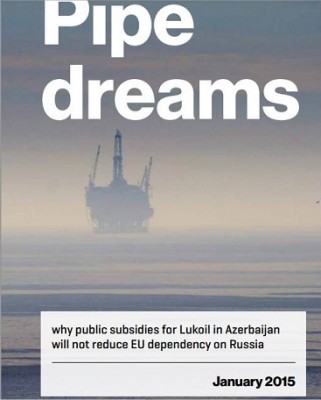 Yet the promise of the Southern Gas Corridor as a guarantor of EU energy security and independence from Russia is questionable for more than one reason. For one, Azerbaijan is in no way a more secure country of supply than Ukraine or Russia. The unresolved conflict between Azerbaijan and Armenia over Nagorno Karabakh, Russia-backed separatist regions like Abkhazia and South Ossetia claiming independence from Georgia, the threat of Maidan-style social unrest provoked by increasingly oppressive and corrupt elites in the region all pose a threat to the stability of Azerbaijan and neighbouring countries on the route of pipelines.

The EBRD justifies its loans by claiming they have a positive „transition impact” on the countries where the projects are located. Yet gas infrastructure is rarely a guarantee of peace and security as the example of Ukraine shows very well. On the contrary, energy politics undoubtedly contributed to the civil war in the country which delivered the final blow to Ukraine’s unstable economy.

And perhaps the most obvious irony in all of this is the willingness of international financing institutions backed up by Western governments to work with Russian company Lukoil on this project deemed crucial to the EU’s energy security from Russia. And this despite countless bombastic political statements from the West blaming Russia as an aggressor and calling for independence from it.

As a matter of fact, Lukoil is a long term client of the EBRD. The company has already received five EBRD loans since 2000, amounting to 840 million US dollars, of which 310 millions went for the Shah Deniz field development in Azerbaijan. The currently proposed half a billion loan follows an earlier investment of 200 million US dollars for Shah Deniz stage 1 extension of field development, which was approved by the EBRD in January this year. At the time, the EBRD stated that ‘this project has a high level of transparency and is adhering to strict international and national standards’.

The EBRD claims that its experience with the Shah Deniz development is positive and that the lead operator, British Petroleum, ‘has demonstrated a responsible approach to environmental and social issues’. But such assessments are hard to confirm, due to the crackdown on independent critics of the Ilham Aliyev dictatorship, the threats to freedom of expression and the persecution of human right defenders in Azerbaijan.

And if Lukoil company practices back in home country Russia are anything to go by, then we have only reasons for concern. In 2007, the EBRD invested 300 million US dollars in Lukoil’s strategic environmental programme in Russia which included, among others environmental remediation investments, pollution clean-up, pipeline replacement and gas flaring reduction.

At the end of 2013, shortly before the latest EBRD loan to Lukoil was approved, Lukoil was fined 614 million rubles (18.5 million US dollars) for nine oil spills since 2011 in Russia’s northern republic of Komi, which covered an area estimated between 20.5 and 21 hectares of land in the province.Reportedly Lukoil-Komi spent 15 million rubles on recultivating the polluted land, but the court ruled it to be an insufficient measure.

Greenpeace Russia produced a shocking video and reported accounts of indigenous Komi people who failed to note the ‘environmental benefits’ that the EBRD financed, but instead complained about lack of consultation on well construction in their backyard and a cover-up attempt of a leaking oil pipeline. In April the municipal council of Izhma district supported claims of local community and voted to stop oil company Lukoil operations in the area. A rally on Sunday, Nov. 16 [ru] was only the last protest by indigenous people from Komi against the damage from Lukoil operations.

Lukoil is a company with a poor environmental and safety record, in Russia and abroad. This should be enough reason for the EBRD to halt loans to it. Since the Ukrainian crisis, support for Russian energy companies from European public finance is hardly excusable. Finally, the deal is being justified by energy security needs of Europe, though Azerbaijan is far from a secure country of supply and Europe’s energy security would be much better ensured through domestic renewables and energy efficiency than through mega-pipelines bringing fossil fuels from countries with authoritarian regimes.

The way the Sourthern Gas Corridor and the political situation in the EU neighbourghood look today, one has to wonder whether the only ones to surely win from these loans are not the oil and gas companies involved in the development of these oil and gas fields and pipelines. The likes of British Petroleum, Turkish TPAO, Azeri SOCAR, Russian Lukoil and Iran’s Nico, members of the consortium in charge of the Shah Deniz field. Should we really use scarce European public resources to prop up the profits of such companies?

* Bankwatch was formally set up in 1995 and has become one of the strongest networks of environmental NGOs in central and eastern Europe.