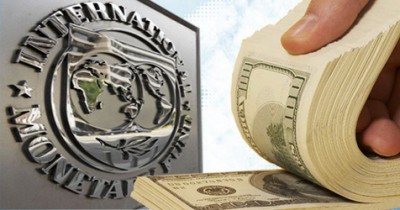 Economic growth in the Caucasus and Central Asia (CCA) will weaken this year and next, hit by a slowdown in Russia, the International Monetary Fund said on Tuesday.

The region, which includes eight ex-Soviet states sprawling from the Black and Caspian seas to Siberia, Iran and China, will see its economic growth slow to about 5.5 percent in 2014-15, 0.75 percentage point lower than projected in the Fund’s outlook in May.

Oil exporters such as Kazakhstan will also be hit by the recent sharp drop in oil prices.

Former imperial master Russia is the region’s main trading partner and a major source of remittances and investment.

“A further deepening of geopolitical tensions between Russia andUkraine could have a significant impact on the CCA region, over both the near and medium term,” the IMF said in an updated regional outlook.

Russia’s economy is on the verge of recession due to falling oil prices and economic sanctions imposed by Western countries over its involvement in Ukraine. The IMF has forecast the Russian economy will grow just 0.2 pct this year and 0.5 percent next year, and medium-term growth of 1 to 2 percent.

“If tensions increase, this would worsen the outlook for Russia and for the region,” Juha Kahkonen, deputy director in the IMF’s Middle East and Central Asia Department, said presenting the outlook for the CCA region.

A protracted period of smaller growth in other trading partners of the region, particularly Europe or China, would also affect external demand, the IMF said. “Domestic risks stem from reversals in growth-enhancing structural reforms, especially in the areas of governance and competition,” it said.

This refers in particular to Kazakhstan.

“Overall, Kazakhstan has done quite well over the years – it has used its oil wealth to rise to middle-income status and is an emerging market country,” Kahkonen told Reuters.

“For the medium term, Kazakhstan, like other countries of the region, faces the challenge of raising its (economic) productivity,” he said. “To succeed and to rise to be among the leading emerging market countries, Kazakhstan needs not only stronger fiscal and monetary frameworks but continued structural reforms.”

The country of 17 million is Russia’s close trading partner. Together with Belarus, they plan to launch the Eurasian Economic Union (EEU) on Jan. 1, 2015.

Delayed output from the giant Kashagan oilfield, launched in September last year but halted a few weeks later due to gas leaks from its pipelines, also weighs on Kazakhstan’s growth, the IMF said.

In oil-rich Caspian neighbor Azerbaijan, GDP growth is expected to slow to 4.5 percent this year and to 4.3 percent in 2015 from last year’s 5.8 percent, mainly reflecting weaker growth in domestic demand, it said.

Despite two decades of strong economic growth, poverty and inequality rates are still high in the region.

In energy-hungry Kyrgyzstan and Tajikistan, where per capita GDP is less than one tenth of that in Kazakhstan, Russia’s slowdown is felt through smaller volumes of cash remittances sent home by migrant workers, the IMF said.

Besides, a weakening of the Russian rouble is putting pressure on the Tajik and Kyrgyzcurrencies, feeding quickly into inflation, it said.

In the region’s oil importers, economic growth is forecast to fall from an average of 5.6 percent in 2013 to 4.6 percent this year.