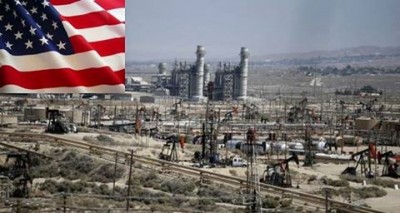 The shale revolution has quickly and completely remade America’s energy landscape, leaving us in a much stronger position, both economically and geopolitically, than where we found ourselves just a decade ago. The FT reports: The price gap has led to a 6 per cent average increase in US manufactured product exports, the IMF wrote in its twice-yearly World Economic Outlook. […] Lower prices for natural gas favour energy- and gas-intensive industries, such as steelmaking, oil refining, and nitrogen fertiliser production. The International Energy Agency has previously warned that Europe will lose a third of its share of global energy-intensive exports over the next two decades because its energy prices will remain stubbornly higher than those in the US. Cheap energy is key for economic growth, and a glut of natural gas is leading to a kind of small renaissance in American manufacturing, especially in energy-intensive industries. More fracking means more gas, lower prices, and growth potential for firms that use that gas. And then there’s the geopolitical aspect of the shale boom, as the New York Times reports: Joseph S. Nye Jr., the Harvard professor who articulated the notion of “soft power” in international affairs, sees a “shale gale” propelling America’s status: “If you are attracted to a country or any leader, a lot has to do with the feeling, ‘Do they have momentum? Is the wind in their sails or are their sails flapping?’ We’ve got a gust.” […] The State Department’s energy bureau helped persuade China, India and other countries to reduce imports of Iranian crude oil. The arm-twisting very likely spurred Tehran to freeze its nuclear program last year, though Mr. Pascual, a former ambassador to Mexico and Ukraine, put it more diplomatically. “We were able to have a different kind of conversation than we could have had even 10 years ago,” he recalls, providing negotiating partners with an “analysis of global oil markets: what the trends were in those markets, where supply was coming from — in particular, from the United States.” America is poised to become the world’s top liquid petroleum producer, supplanting perennial hydrocarbon powerhouses like Russia and Saudi Arabia. Where just a decade ago we were busy building liquified natural gas (LNG) import terminals, now we’re busy converting those facilities to handle exports, and the possibility of opening up crude exports has entered the American energy discussion. By lessening our dependence on foreign sources of oil and gas, the shale boom has given us more options abroad, and in some cases, as is intimated in the NYT story, has given America more clout in diplomatic standoffs. There’s an economic success story here, and a geopolitical one as well—and both come courtesy of fracking. “The American Interest”