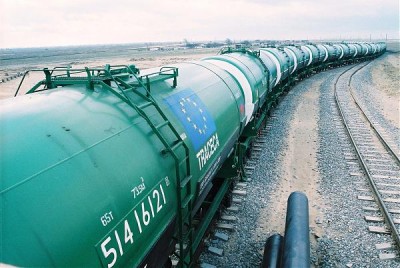 69,900 tons of light oil products will be delivered from Russia to Kazakhstan in October, Russian Minister of Energy Vladimir Shkolnik said at the parliament session.
He added that because of series of accidents at the oil refineries, Russia itself has problems with fuels and lubricants. “Another problem is that production of Ai-92 petrol totals 30,000-40,000 tons.”
“During September we delivered 35,000 tons of petrol from Russia through various sources. In October this figure will total 69,900 tons and the tension at the market will be lifted,” Shkolnik assured, reported Oilnews.kz.