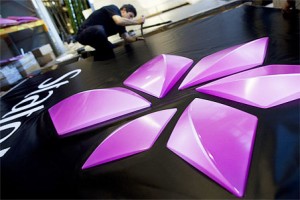 Norway’s Statoil completed the sale of 10 percent of its interest in the Shah Deniz Production Sharing Agreement and the South Caucasus Pipeline Company Limited, Statoil reported.

The transactions were closed on May 1. The consideration for the sale and transfer of these assets is $1.45 billion.

In December, 2014, Statoil signed an agreement to divest a 10-percent share of its 25.5-percent holdings in the Azerbaijani Shah Deniz field development project and the South Caucasus Pipeline (SCP). The buyers are the State Oil Company of Azerbaijan – SOCAR (6.7 percent) and BP (3.3 percent).

Statoil portfolio in Azerbaijan consists of 15.5 percent in the Shah Deniz project and SCP, 8.56 percent in Azeri-Chirag-Guneshli (ACG) and 8.71 percent in Baku-Tbilisi-Ceyhan (BTC) Pipeline.

Statoil also holds 20 percent share in Trans Adriatic Pipeline (TAP) AG which is developing the pipeline for transport of the Shah Deniz gas to European markets.