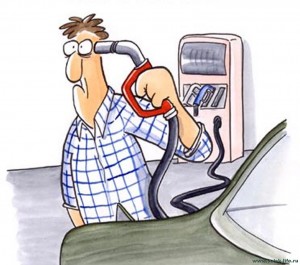 From July 1, 2014 the car owners in Turkmenistan will no longer receive free gasoline, reported Turkmenistan TV.

According to the decree signed by Turkmenistan President Gurbangulu Berdymohammadov, Turkmenistan citizens owning cars and motorcycles will not be supplied with free petrol.

Local TV also reported that this measure has been taken to develop Turkmenistan economy and efficiently use oil products at the local market.

Under the first Turkmenistan President Saparmurat Niyazov, 1 liter of petrol cost $0.02. In February 2008 President Gurbangulu Berdymohammadov introduce the free petrol norm for the car owners. All car owners receive 120 liters of free petrol a month. Petrol price at the petrol stations was increase to almost $0.22 per liter. Special coupons for free petrol were distributed twice a year. At present Turkmenistan citizens also have the norm of free water, electricity and natural gas supply, reported http://oilru.com.