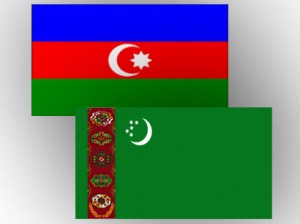 The president of the State Oil Company of Azerbaijan (SOCAR), Rovnag Abdullayev, who is on a visit to Turkmenistan, discussed the development of cooperation of the two countries in the oil and gas sphere on April 18, a message from Turkmen government said.

The Azerbaijani delegation was received at Turkmenistan’s Foreign Ministry.

“During the negotiations held in a constructive environment, the parties exchanged views on the issues related to strengthening of friendship and cooperation between Turkmenistan and Azerbaijan, as well as the further development of bilateral relations, including the cooperation in the oil and gas sphere,” the government message said.

Turkmenistan and Azerbaijan are interested in using alternative routes for delivering the energy resources of the Caspian Sea region to Europe. Turkmenistan’s hydrocarbon resources can be delivered to the European market through the Caspian Sea by constructing a 300 kilometer pipeline along the sea bottom to the coast of Azerbaijan.

Then the fuel can be sent to Turkey which has a common border with European countries.

The Trans-Caspian gas pipeline could become a part of the large-scaled projects of the Southern gas corridor. Ashgabat believes that for laying pipes under the Caspian Sea, the legal status of which has not yet been determined, the consent of both Turkmenistan and Azerbaijan and those territories covered by the project, is sufficient.

Azerbaijan, for its part, expressed readiness to offer its territory, transit opportunities and infrastructure for implementing this project.