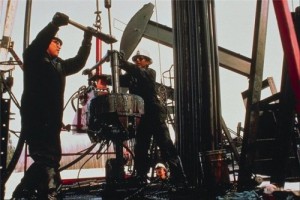 The $50bn Kashagan oil project in Kazakhstan is likely to be delayed by two more years while 200km of pipeline is replaced, in a further blow for the companies developing the largest oilfield outside the Middle East.

Erbolat Dossayev, Kazakhstan’s minister for economy and budget planning, told the FT that he expected production to start at the end of next year at the earliest – but that it could be delayed until 2016.

It is the first public admission by the government that the project will not only fail to produce oil this year but may not resume production until 2016. “It will be two years,” added one industry official.

It is a blow for the consortium of companies – including ExxonMobil, Royal Dutch Shell, Total, Eni and CNPC – which have invested some $50bn in the project so far in the hope that it would one day produce as much oil as Libya. Kashagan is the world’s fifth-largest field by reserves and the largest outside the Middle East, according to the US Department of Energy.

The delay is the latest in a string of setbacks for the enormous Kashagan field, which had originally been scheduled to start production in 2005 but has become emblematic of the cost overruns and delays that have plagued major energy projects, keeping oil prices elevated even as the US shale revolution lifts supplies.

The delay has also angered Kazakhstan’s government, which had been counting on the field to catapult the country into the big league of oil producers and lift government revenues substantially.

Mr Dossayev said that the delay represented a loss of 0.5 percentage points of GDP this year. He said he hoped production could be restarted late next year, so “we can put some volumes for the crude oil production in our plan in the budget”.

“But if not we will wait until 2016,” he said in an interview in Kazakhstan’s capital, Astana.

Kashagan briefly started producing oil in September last year, only to shut down a few weeks later due to a gas leak.

People familiar with the matter said that months of research had revealed numerous tiny cracks in the pipeline, as the highly corrosive sulphur-containing gas produced as a byproduct of Kashagan’s oil ate through the steel.

While a decision on how to address the problems is not likely to be taken by the consortium of oil companies until June, people familiar with the matter said that the two pipelines carrying oil and gas from an artificial island in the Caspian Sea to the shore would need to be replaced.

The companies involved have already begun to prepare for a protracted shutdown. Shell, which had been due to take over the operation phase of the project once production had started, has begun sending some expats home, one person familiar with the matter said. The arcane structure of operating companies that manages the project is also being downsized – reported http://www.ft.com.