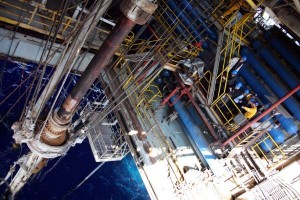 The drilling of wells at the West Absheron shallow-water field in the Azerbaijani sector of the Caspian Sea will be carried out by SOCAR-AQS LLC in which the State Oil Company of Azerbaijan (SOCAR) has a 51 percent participation share, a source at SOCAR told Trend on Feb.25.
The West Absheron field is owned by SOCAR’s Absheronneft Oil and Gas Production Department.
Previously, drilling work at this field was conducted by SOCAR Complex Drilling Works Trust. However, it is highly likely that further work will be carried out by the SOCAR-AQS Company according to the source.
West Absheron field is located in shallow water and has small oil reserves. This is one of the fields developed by SOCAR independently.
SOCAR-AQS LLC was founded in 2007 by SOCAR and Absheron Drilling as a joint enterprise rendering integrated services in the drilling and maintenance of wells.
Currently, LLC mainly conducts drilling of wells at the shallow part of the Guneshli field.
The deep-water part of this field as part of Azeri-Chirag-Guneshli block is developed by SOCAR jointly with foreign partners.
Additionally, the source earlier said that SOCAR-AQS will continue drilling wells at the Umid large gas condensate field, previously worked by SOCAR’s drilling unit.
SOCAR announced the opening of the Umid field in 2010. The volume of reserves reached over 200 billion cubic meters of gas and 40 million tons of condensate according to the results of drilling of the first exploration well, SOCAR specialists said.