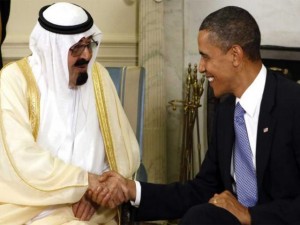 In February 2014 Saudi Arabia, the world biggest oil exported, delivered 9,899,000 barrels of oil a day to the market against 9,916,000 barrels a day in January 2014. The showings of production and deliveries may not coincide, because oil was transported from the storages to the storage.

The production has increased, but this does not mean anything, the market is stable, the same source told Reuters.

In February 2014 oil production in OPEC (Organization of Petroleum Exporting Countries) increased against December 2013, when it reached a minimum of 2.5 years. The analysts polled by Reuters believe that the growth is connected with increase in deliveries from Iraq, Iran and Angola.

In Libya, the OPEC member-state, the government tried to stop the strikes and the protest actions in the oil ports and on the fields. In February production of oil, which is a viable source of life support for the country, dropped to 230,000 barrels a day against 1.4 million barrels a day in July 2013.