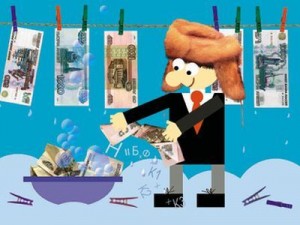 I am under house arrest. I was detained at a rally in support of anti-Putin protesters who were jailed last month.

In September, I ran for mayor of Moscow as a pro-reform, pro-democracy opposition candidate and received almost a third of the vote despite having no access to state media. Today, my blog, which was until recently visited by over two million readers per month, has been blocked as “extremist” after I called for friendly ties with Ukraine and compliance with international law.

For years, I have been telling journalists that President Vladimir V. Putin’s approval rating would soon peak and then tumble. Russia’s economy is stagnant, I said, and the Russian people would soon weary of the president’s empty promises. Even a rally-round-the-flag military adventure — a “little war,” as it’s known in Russia — would be impossible, I believed. Russia no longer had enemies.

Then, on Feb. 28, Russia sent troops to Ukraine in precisely such a “little war.” I admit that I underestimated Mr. Putin’s talent for finding enemies, as well as his dedication to ruling as “president for life,” with powers on par with the czars’.

As a citizen and patriot, I cannot support actions against Russia that would worsen conditions for our people. Still, I recommend two options that, if successfully implemented, I believe would be welcomed by most Russians.

First, although Mr. Putin’s invasion has already prompted the European Union to impose sanctions on 21 officials, and the United States on seven, most of these government figures cannot be considered influential. They do not have major assets outside Russia and are irrelevant to Mr. Putin; sanctioning them will not change Russia’s policy. After all the tough talk from Western politicians, this action is mocked in Russia and even seen as a tacit encouragement to Mr. Putin and his entourage, who seem to possess some magical immunity.

Instead, Western nations could deliver a serious blow to the luxurious lifestyles enjoyed by the Kremlin’s cronies who shuttle between Russia and the West. This means freezing the oligarchs’ financial assets and seizing their property.

Such sanctions should primarily target Mr. Putin’s inner circle, the Kremlin mafia who pillage the nation’s wealth, including Gennady N. Timchenko, head of the Volga Group; Arkady and Boris Rotenberg, influential businessmen and former judo sparring partners of Mr. Putin; Yuri V. Kovalchuk, a financier believed to be Mr. Putin’s banker; Vladimir I. Yakunin, president of Russian Railways; the oligarchs Roman A. Abramovich and Alisher B. Usmanov; and Igor I. Sechin and Aleksei B. Miller, the heads of Rosneft and Gazprom, respectively.

The invasion of Ukraine has polarized members of Russia’s elite, many of whom view it as reckless. Real sanctions, such as blocking access to their plush London apartments, will show that Mr. Putin’s folly comes with serious costs.

“Crimea has always been an integral part of Russia in the hearts and minds of people,” Mr. Putin claimed this week. But even among the most nationalist and pro-Soviet of our people, a longing to restore Crimea to Russian rule faded years ago.

Yet Mr. Putin has cynically raised nationalist fervor to a fever pitch; imperialist annexation is a strategic choice to bolster his regime’s survival. Mobilizing the masses by distracting them from real problems like corruption and economic stagnation can take place only beneath the banner of fighting external enemies.

What is truly alarming in Mr. Putin’s rash behavior is that he is motivated by the desire for revenge against the Ukrainian people for revolting against a Kremlin-friendly government. A rational actor would know that the precedent of holding a local referendum to determine sovereignty is risky for Russia — a federation of more than 80 disparate regions, including more than 160 ethnic groups and at least 100 languages.

It is true that the consensus in both Russia and Crimea is that the peninsula has historically been closer to Moscow than to Kiev. But the notion that this reunification should be achieved at the end of the barrel of a gun is supported only by Mr. Putin’s hard-core base. The opposition has spoken clearly. The antiwar protest held in Moscow over the weekend was the largest in two years, and it exceeded any counterdemonstration mustered by pro-Kremlin movements.

There is a common delusion among the international community that although Mr. Putin is corrupt, his leadership is necessary because his regime subdues the dark, nationalist forces that otherwise would seize power in Russia. The West should admit that it, too, has underestimated Mr. Putin’s malign intent. It is time to end the dangerous delusion that enables him.

Alexey A. Navalny is a Russian lawyer, anti-corruption activist and opposition politician.