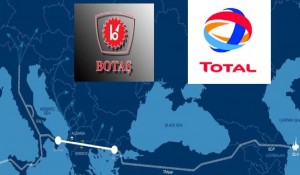 French Total company has been looking for the suitable client since the end of last year and in early 2014 we have started talks with the company as a potential buyer, representative of the Turkish Ministry of Energy and Natural Resources familiar with the course of the talks told Turan in his exclusive interview.

He said Turkish state pipeline company BOTAS acts as the buyer from Turkey.

Asked by Turan “why does not TPAO company, which is already represented in the Shah-Deniz project, buy the share,” representative of the Turkish Ministry of Energy said that increasing BOTAS’s share in TANAP project up to 30% and its partnership in the extracting project as a passive shareholder will allow the pipeline company doing business in the future more efficiently. He explained that the producing companies have much more incomes, than the pipeline ones.

If Total and BOTAS reach a preliminary commercial agreement, Azerbaijan will have to approve the deal.