The President of Turkmenistan Gurbanguly Berdimuhamedov put before the heads of the country’s fuel and energy complex a task to increase first of all the production of the finished product, rather than the export of oil and gas. 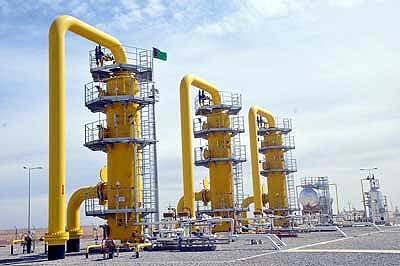 ‘It is necessary to focus not on the supply of raw materials to foreign countries, but on increasing the volume of production of finished products so that we could leave future generations a legacy of huge reserves of hydrocarbon resources,’ the President said at a joint meeting of the government and the country’s Security Council, held on 15 September.

As the State News Agency of Turkmenistan said, the President said that a separate meeting with the heads of FEC should consider in detail the challenges facing the oil and gas industry.

The government source added that gas production in Turkmenistan in 2016 will increase to 75 bcm compared to 74 billion in 2015.

Turkmenistan has huge domestic consumption of natural gas – about 35 bcm annually, while the country’s population does not exceed 5 million.

Since December 2015, Turkmenistan launched the construction of the gas pipeline TAPI (Turkmenistan-Afghanistan-Pakistan-India) with a capacity of 33 bcm per year. According to the schedule, it should be put into operation during the second half of 2019. Ashgabat also makes statements about the possible export of its gas to the west – via the Caspian Sea to Europe. To this end, in 2015, Turkmenistan commissioned a cross-country gas pipeline East-West with the initial capacity of 10 bcm.

After the commissioning of the fourth line of the export pipeline from Turkmenistan to China (through Uzbekistan-Tajikistan-Kyrgyzstan) in 2021, the total supply volumes of Turkmen gas in the easterly direction should be 65 bcm.