Azerbaijan will reduce oil production by 20,000 barrels per day relative to the figure for October 2018 – to 763,000 barrels, the Ministry of Energy reports. 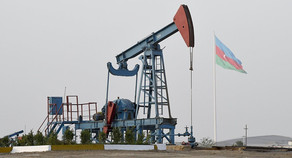 “In order to facilitate the process of regulating the oil market, Azerbaijan supported the decision to reduce production. Azerbaijan pledged to cut production by 20,000 barrels per day. In October, production amounted to 783 thousand barrels, and from next year Azerbaijan will maintain this figure at the level of 763 thousand,” the report says.

Minister of Energy Parviz Shakhbazov believes the decision to reduce oil production, adopted following the OPEC + meeting, is an important step for the development of the oil market.

It should be noted that on December 7, the OPEC + countries at a meeting in Vienna decided to reduce oil production by a total of 1.2 million barrels per day, of which 800 thousand barrels of non-OPEC accounted for 400 thousand barrels.