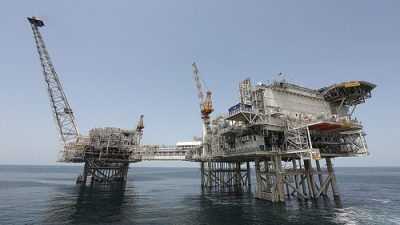 The Shah Deniz 2 project is being delivered safely, on schedule and within budget, starting deliveries to Turkey as planned on 30 June 2018.

Shah Deniz 2 of Azerbaijan represents the first subsea field development in the Caspian Sea – the largest subsea infrastructure which BP operates in the world.  With an investment of approximately US$28 billion, the project is comprised of a planned total of at least 26 subsea wells; two bridge-linked platforms; 500km of subsea pipelines and flowlines; major expansion at the Sangachal Terminal near Baku; and an expansion of the South Caucasus Pipeline that includes 428 km of new pipeline through Azerbaijan, 59 km of new pipeline and two new compressor stations in Georgia.

SOCAR’s President, Rovnag Abdullayev said: “The delivery of first commercial gas via TANAP marks an important milestone in the realization of the Southern Gas Corridor. Notwithstanding the complexity of this mega scale project, we managed to simultaneously coordinate and launch the Southern Gas Corridor segments in Azerbaijan, Georgia and Turkey on schedule and under budget. The construction of the Shah Deniz 2 platforms – both topside units and jackets, fully in Azerbaijan by SOCAR’s affiliate companies is a great track record not only for Azerbaijan but also for the whole region.”

Gary Jones, BP’s Regional President for Azerbaijan, Georgia and Turkey, said: “First commercial gas to Turkey in 2018 is a significant target we had promised to deliver since the start of this major project. Working together with the regional governments and our co-venturers in the Shah Deniz consortium, we have met this target safely, on schedule and within budget. This demonstrates that together we can successfully deliver high quality projects. BP as operator is very pleased that the longstanding partnerships we have in Azerbaijan and the entire region have allowed us to bring this world class project to success enabling us to meet our commitments to consumers in Turkey. We look forward to continuing to build on this extraordinary delivery and work closely with the government of Azerbaijan, SOCAR and other co-venturers towards our next target of gas to Europe in 2020.