BP said it achieved its strongest quarterly underlying result since the oil price crash of 2014, and said its Shah Deniz ph2 project is almost complete. 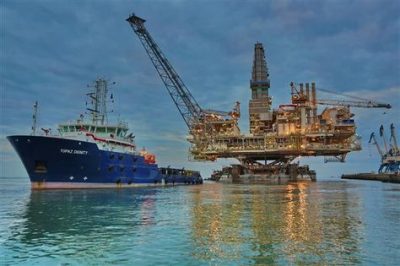 Five more projects are scheduled to start up this year, said CFO Brian Gilvary, including Clair Ridge in the UK West of Shetland area. He told analysts that gas from BP-led Shah Deniz phase 2 in Azerbaijan is expected to come onstream this year and flow into Turkey, because the project is now 99% complete; ultimately it would flow into Europe (expected 2020), he added.

Since the start of 2018, BP said it has taken Final Investment Decisions (FIDs) on four new projects: Khazzan tight gas phase 2 (Ghazeer) in Oman; KG D6 gas satellites offshore India; and Alligin and Vorlich oil fields offshore the UK. Some of the Ghazeer gas would go into theOmani domestic gas market, said Gilvary, which he said would enhance the Omani venture’s economics.