The Linde Group and Gazprom Export LLC, a 100% subsidiary of OAO Gazprom, have signed a Sale and Purchase Agreement for the offtake of helium from Gazprom’s new Amur helium plant currently under construction in the far east of Russia, as part of the development of Gazprom’s “Power of Siberia” gas project. 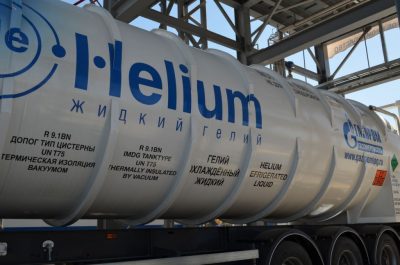 Pursuant to the agreement, Linde will become a purchaser of significant volumes of helium from the new production facility in the town of Svobodny in the vicinity of the city of Blagoveshensk. The plant is due to be commissioned in parallel with the start of the flow of natural gas extracted from the Chayandinskoye field along the new gas transportation route “Yakutia — Khabarovsk — Vladivostok”.

“Linde is very proud to have entered this long-term agreement with Gazprom Export to purchase significant volumes of helium produced from this major project, and we look forward to the first supplies of helium targeted for 2021,” said Sanjiv Lamba, Member of the Executive Board of Linde AG.

Linde’s Engineering Division is the licenser for the cryogenic gas separation technology at the Amur Gas Processing Plant in Svobodny and will engineer and supply units for ethane and natural gas liquids (NGL) extraction and nitrogen rejection, as well as for helium purification, liquefaction and storage. The project represents a unique logistics undertaking with the plant being located some 1,500 km from the ports of export in and around Vladivostok.

The Chayandinskoye field, together with other resources owned by Gazprom in the East Siberian region, forms one of the largest reservoirs of helium in the world. The Amur helium plant will become a significant new source of helium when it is fully operational that will help to meet the growing global demand for decades.

Helium is used in a wide range of applications, including the manufacture and operation of MRI (Magnet Resonance Imaging) scanners as well as the manufacture of semiconductors, LCD screens and fibre optic cable. As it can only be economically produced from helium-rich natural gas sources, there are only a limited number of helium production facilities around the world.

In the 2017 financial year, The Linde Group generated revenue of EUR 17.113 bn, making it one of the leading gases and engineering companies in the world, with approximately 58,000 employees working in more than 100 countries worldwide. The strategy of The Linde Group is geared towards long-term profitable growth and focuses on the expansion of its international business, with forward-looking products and services. Linde acts responsibly towards its shareholders, business partners, employees, society and the environment in every one of its business areas, regions and locations across the globe. The company is committed to technologies and products that unite the goals of customer value and sustainable development.