Azerbaijan
-16 min. ago-How much oil does Azerbaijan export through Russia in the third quarter?
1 days ago-Almost 93% of generated electricity in Azerbaijan comes from natural gas
1 days ago-Azerbaijan's foreign exchange reserves have grown to $52.3 bn since the beginning of the year
2 days ago-Qatari companies may participate in renewable energy auctions in Azerbaijan
2 days ago-SOCAR invested $ 16.5 billion in Turkish projects
Iran

The National Iranian Drilling Company (NIDC) has drilled 143 oil and gas wells over the course of the past 10 months. 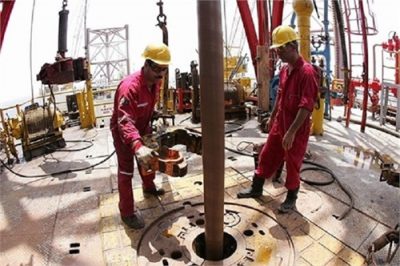 Sepehr Sepehri, NIDC managing director, has said that his company has drilled 222,381 meters of wells during the period, spuding development, workover, exploration and appraisal wells. He said the projects were carried out in various oil-rich areas in Iran including land and offshore fields.

Founded in 1979, the company has drilled 4,369 oil and gas wells in various regions across the country since its establishment. Currently, NIDC owns 73 onshore and offshore drilling rigs and offers a variety of specialized drilling services.

National Iranian Drilling Company (NIDC) is an Iranian company based on the capital city of Tehran. NIDC operates as a subsidiary of National Iranian Oil Company. NIDC engages in the exploration, development, and delineation drilling of oil and gas wells.