Sea ports and terminals of Georgia processed 8.3 million tons of cargo in January-June of 2017, which is 1.2% less than in the first half of 2016, the Ministry of Economic Development of Georgia said. 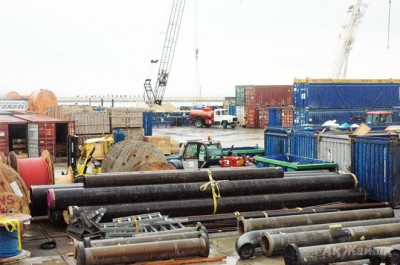 Two other seaports of Georgia, Supsa and Kulevi, through which only oil and oil products are transported, handled 2.9 million tons of cargo (at the level of January-June 2016). The Supsa terminal, where oil is transported via the Baku-Supsa pipeline, handled 2.1 million tons (as a year ago), and 0.8 million tons of oil and oil products was transshipped through the Kulevi terminal owned by the State Oil Company of Azerbaijan (as a year ago).

* In 2016, the volume of cargo transshipment through sea ports and terminals of Georgia amounted to 17.6 million tons, an increase of 8.3% compared to 2015.