If it goes as its backers hope, a newly inaugurated pipeline crossing a half-dozen countries will shore up natural gas supplies in Europe and reduce the Continent’s worrying dependence on Russia as its critical supplier. 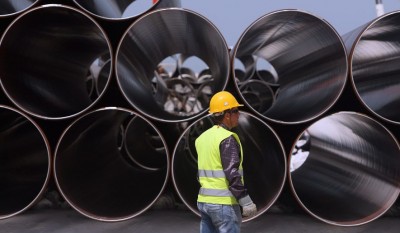 But many are wondering whether the pipeline can handle all the cargo — physical, economic and geopolitical — it’s expected to carry.

Slated to start operating in 2020, the $5 billion, 545-mile Trans Adriatic Pipeline will run through Italy, Greece and Albania and connect to a pipeline that runs from Turkey to Armenia and Azerbaijan, carving a southern route that bypasses Russia entirely. The pipeline is a joint venture of gas companies from Britain, Azerbaijan, Spain, Switzerlandand Italy.

It is designed to provide natural gas to 7 million households in southeastern Europe, with the possibility of connecting to pipeline networks that service Western Europe as well.

It’s one of the 195 projects in the works to diversify and expand theEuropean Union’s energy supplies and infrastructure.

“[This project is about] European energy security and diversification, but also about the access of certain countries and localities that were underprivileged regarding access to energy,” said Harry-Zachary Tzimitras, director of the Peace Research Institute in Cyprus. “It’s important for Greece as well. Greece will become possibly a hub in the future for energy transportation.”