Vusal will assist our editorial team in developing access to all relevant stakeholders in order to enhance our coverage of Southern Gas Corridor developments. 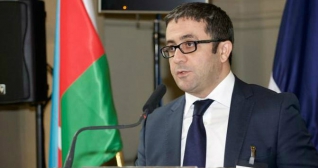 As Southern Gas Corridor Outreach Director he will also work closely with our management team in order to develop new Knowledge Partnerships in the Caspian region and Turkey, among other tasks.

Vusal Mammadov is a former Director of the SOCAR (State Oil Company of Azerbaijan) Representative Office in Belgium.