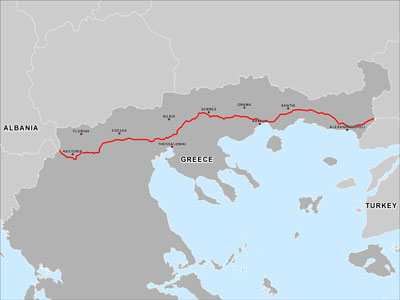 During the meeting the sides have discussed positive sides of the Southern Gas Corridor project, which will be used to export Azerbaijani gas to Europe, including the European section of the project Trans-Adriatic pipeline (TAP). The pipeline is important for the local communities from the view point of creation of new jobs.

The meeting was attended by Georgios Tsipras, General Secretary for International Economic Affairs and Development of the Ministry, and Rakhman Mustafayev, Azerbaijani Ambassador to Greece.