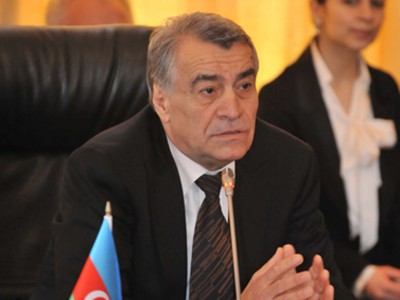 We need to pay more attention to the pace of implementation of the TAP and accelerate the construction, said Azerbaijani Energy Minister Natig Aliyev.

“Azerbaijan and Georgia have no problems with implementation of the Southern Gas Corridor (SGC) project. The customs and land issues have been solved in time. In Turkey construction of the TANAP continued according to the schedule and there are no delays. In spring 2016 physical construction of TAP will start in Europe. We have received all required permissions, prepared documents and ordered the pipes. I believe that we must pay more attention to the TAP construction and accelerate it,” Minister told journalists.

Gas, which will be extracted from the Azerbaijan Shah Deniz Phase 2 project, is considered as the main source for the Southern Gas Corridor project. Other sources could be connected to the project at a later stage.

Gas from the Shah Deniz Phase will be exported to Turkey and European markets after expansion of the Southern Caucasian gas pipeline and construction of TANAP and TAP gas pipelines.