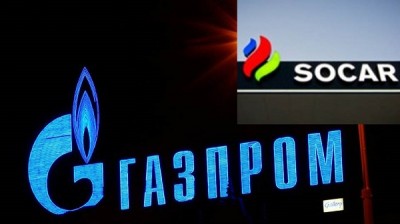 “These will be temporary swap operations. The agreement has been already reached with Gasprom administration. As a part of the agreement, Gasprom will deliver gas to Azerbaijan, which will be pumped into the underground gas storages. Later on SOCAR will use this gas to supply south of Russia with gas,” Abdullayev added.

He said gas supplies will begin in October 2015. At the initial stage Russia will deliver to Azerbaijan 10 million cub.m. of gas a day.

“As a part of these operations, it is planned to deliver 2 billion cub.m. of gas a year to Azerbaijan at the initial stage,” he added.

Abdullayev said that SOCAR will begin gas supplies to the North Caucasus in 2016.

“By pumping maximum gas volumes, we would like to test capacities of our storages. Capacities of underground gas storages have been initially increased up to 3.5 billion cub.m. and then up to 6 billion cub.m. But after the last expansion, we did not did test the capacity and now we will have a chance to do that,” he added.

SOCAR President also said that contract with Gasprom company for swap gas supplies will be signed in the coming two weeks.

“Right now our specialists have been working on the technical details of the deliveries. Implementation of this project will allow us to fully fill the gas storages and then start gas supplies to the North Caucasus,” explained Abdullayev.

He also said that if we ensure stable gas pumping into the underground storages, then SOCAR will be able to reduce the volume of collection of associated gas from the Azeri-Chirag-Guneshli (ACG) bloc of fields and it will be pumped into the beds to increase oil extraction from ACG.