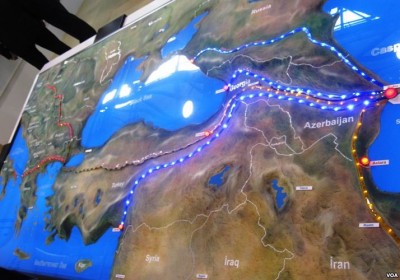 Azerbaijan is a reliable partner of EU in the energy field, Malena Mard, EU Ambassador to Azerbaijan, said at the Oil & Gas Week-2015 Conference in Baku on Tuesday.

She said that European Union and Azerbaijan have established close relationships in many fields of cooperation, including strategic partnership in the energy field.

In her speech she also emphasized signing of the Declaration on development of energy cooperation between Azerbaijan, Turkmenistan, Turkey and EU in Ashgabad in May 2015.

“EU is ready to multilateral consultations on the trans-Caspian gas pipeline,” she said.

She added that at present EU is focused on the first stage of the Southern Gas Corridor project implementation.

Mard said that the Southern Gas Corridor project corresponds to the regulations of the III Energy Package.

“I am sure that if the project expanded in the future, we will find possible ways to solve the issue of the III Energy Package,” Mard said.