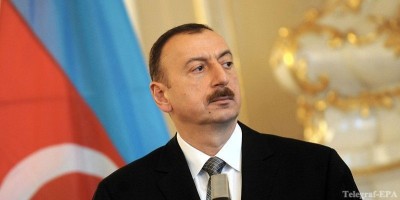 Russia’s Sputnik quoted Alexei Miller, head of Russian gas giant Gazprom, as saying today that the company has no competitors among existing gas-delivery projects in Europe.

Speaking about future projects, Miller particularly emphasized the Trans Adriatic Pipeline (TAP).Initially, it was planned to be completed in 2017, but then the deadline was moved to 2021. He voiced concerns that the project may be delayed even further.

A day before Miller’s statement, Azerbaijani President Ilham Aliyev warned Europe about artificial obstacles on the way of Azerbaijani gas.

Aliyev expressed his hope on May 27th that no artificial obstacles to TAP will arise: “As if such obstacles appear, in this case, there will not be the winning party, of course”.

“Real steps are taken for us to break into the markets. But I would like to emphasize that we are not worried about the markets. If we have any problems with TAP, then we will export more gas to the Turkish market,” Aliyev underlined.

The Azeri President’s comments came following an earlier Italian Government announcement that it has granted TAP its Single Authorisation Permit, a key milestone that allows TAP to move ahead with the start of pipeline construction in 2016.

In 2013, TAP was selected as the main pipeline for Azerbaijani gas export to Europe by the Shah Deniz consortium. According to the tender conditions, TAP had to be ready for gas deliveries in the first half of 2019. However, at the end of September 2014, TAP administration announced that Azerbaijani gas deliveries will become possible only in early 2020.

Yesterday, Italian Minister of Economic Development Federica Guidi signed the resolution, according to which construction on TAP will begin on May 16, 2016, concluding in December 2020. This means that export of Azerbaijani gas to the main European market will become possible no earlier than 2021.

However, the main obstacle to TAP is not the postponement of its inauguration by one year to 2021, but new conditions which have been put on table by Greece.

The Syriza led Greek government has changed the nation’s stance on TAP as it specifically tries to enhance the role of the country in terms of extracting benefits for the state budget along with further energy security guarantees. Greece is seeking the payment of transit fees to be paid to the country once the route is functional.

Azerbaijani Energy Minister Natig Aliyev responded on May 14th that “Certain statements by Greece’s representatives with regard to the realization of the project on Trans-Adriatic Pipeline, meant for the sale of Azerbaijan’s gas to Europe, are incorrect”.

The government in Greece also sees both TAP and Turkish Stream as projects benefiting the diversification of energy supply, hoping that those projects will help the country to become a major international gas hub.

The United States has been pressing Athens to fully back the Trans-Adriatic Pipeline project and to drop Turkish Stream.