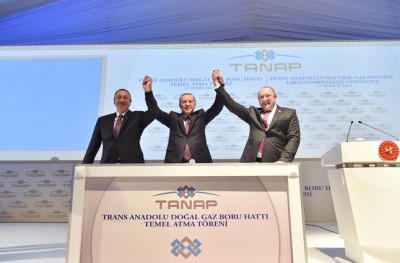 Trans-Anadolu (TANAP), is first of all the project of the Azerbaijani-Turkish unity, Azerbaijani President Ilham Aliyev said yesterday at the ceremony of laying foundation of TANAP in Kars city, Turkey.

Ilham Aliyev said that Shah Deniz is among the biggest gas fields in the world and the only source of resources for the Southern Gas Corridor. President has expressed confidence that the TANAP project’s works will be done according to the schedule. During a short period TANAP has met with support in the world and President called TAP, which was selected as a part of the South Gas Corridor in 2013, the biggest infrastructure project of Europe.

He added that huge gas resources of Azerbaijan will supply the South Gas Corridor and the project will help to create new formats of cooperation between the countries.

The projects implemented through the joint initiative of Azerbaijan, Turkey and Georgia have always been successful, said President and expressed confidence in success of this project as well. 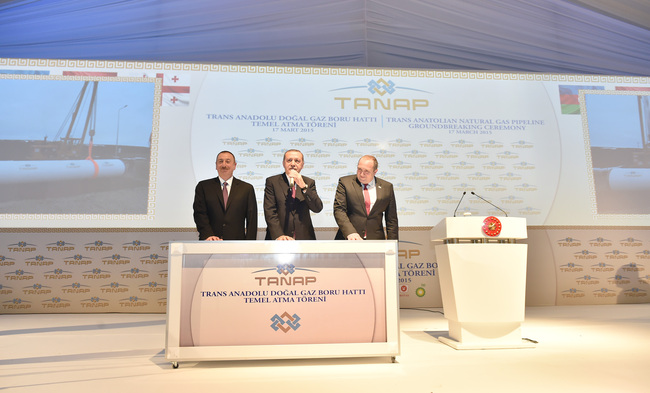 President has emphasized an important role of Azerbaijan in satisfying Europe’s requirements in gas and added that laying of TANAP project foundation on the eve of Novruz holiday is symbolic and wished the project success. 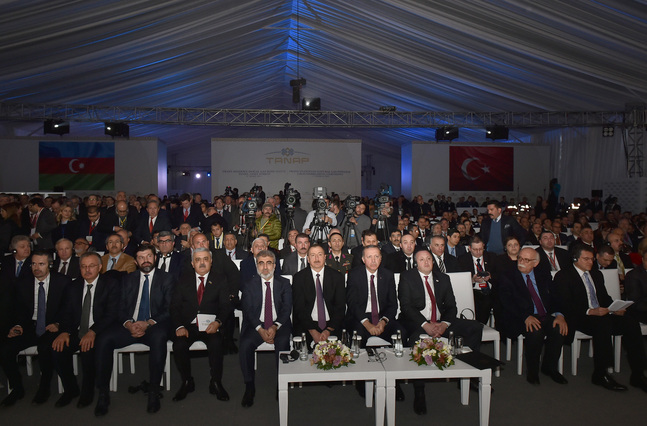