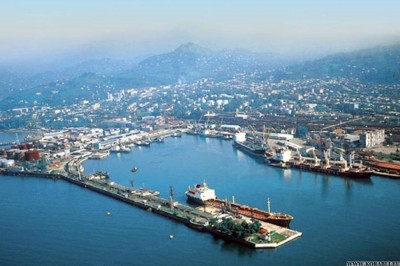 Crude oil and refined oil product shipments from Georgia’s Black Sea port of Batumi were down 24.4 percent in the first 11 months of the year from a year earlier, a senior official at the terminal said on Tuesday.

Bad weather in Kazakhstan, where the oil is produced, lower-than-expected output from the Kashagan oilfield at the beginning of the year and re-routing part of oil shipments to Baku-Tbilisi Ceyhan pipeline contributed to the decline, said the official, who declined to be identified.

The Batumi terminal, operated by Kazakh state energy company KazMunaiGas , shipped 3.914 million tonnes of oil and oil products during the 11 months, down from 5.178 million tonnes in the same period of 2013.

Crude and refined oil products from Azerbaijan, Kazakhstan and Turkmenistan are shipped out of Georgia’s Black Sea ports of Batumi, Supsa, Poti and the terminal in Kulevi.

Some products are shipped across the Caspian Sea in small tankers, unloaded in the Azeri port of Baku and then sent by rail to Georgian ports for export to the Mediterranean. – reported http://uk.reuters.com.