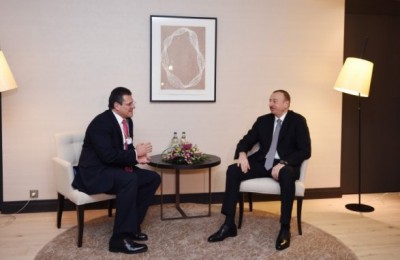 Successful cooperation between Azerbaijan and European Union in various fields, including energy sector, has been mentioned at the meeting. Growing role of Azerbaijan in supplying Europe with energy and importance of the Southern Gas Corridor has been emphasized at the meeting.

At the meeting the sides have discussed the issues related to the first Consultative Council of the Southern Gas Corridor at the level of Ministers, which is scheduled for the next month in Baku, as well exchanged opinions on the current state of affairs and perspectives of cooperation.