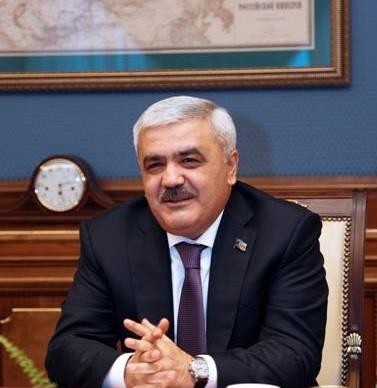 SOCAR (State Oil Company of Azerbaijan) and the Greek government discussed the acquisition of 66 percent of the equity of the Greek gas transmission operator DESFA by the State Oil Company, said the statement released Nov.11 by SOCAR.

The issue was discussed during the visit of the head of SOCAR Rovnag Abdullayev to Greece and his meeting with the prime minister of the country Antonis Samaras.

The sides exchanged views on the project.

Rovnag Abdullayev previously said that Greece needs privatization of the gas transportation operator DESFA more than SOCAR. Competition issues have been also agreed with the Greek government, as reflected in the documents. However, now this issue arose at the level of the EU, which is a normal process. “This project is more important for Europe, including Greece, than us,” he said. “There are lots more profitable projects worth investing.”

On Nov. 6 the European media said that the EU anti-monopoly authority started an inquiry into the impending acquisition of the Greek gas transmission operator DESFA by SOCAR. European officials had fears that the level of competition will decrease on the gas market in Greece.

SOCAR previously said that the company expects the deal worth $400 million for the acquisition of 66 percent stake in the Greek gas transmission operator DESFA to be finally approved in early 2015.