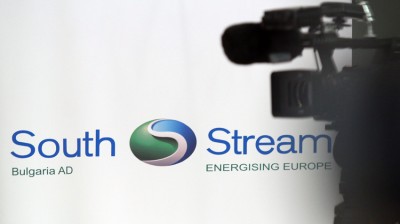 Today the European Union is no longer that interested in the South Stream gas pipeline project, Jerzy Buzek, Chairman of the European Parliament Energy Committee, said recently. Imports of liquefied gas from Qatar are one option for the diversification of natural gas supplies. And the Ukrainian news agency Unian has forecast that the victory of GERB that won the parliamentary elections in Bulgaria can actually spell the end to this gas pipeline. Works have been frozen and a party is coming to power which though it generally supports the project has raised the condition to get it aligned with European rules, Unian reports.

South Stream is the gas pipeline aimed to diversify Russian natural gas supplies to Europe by bypassing Ukraine – a stone in the shoe of gas giant Russia.

At this stage the European Union and the Russian Federation have not shifted their grounds – Moscow believes that the gas pipeline is an international project and should not comply with European standards. Brussels however expects the Russian side to submit an application for an exception to the rules of the third liberalization package which favors energy market liberalization. It is aimed at reforming the European energy market so as to guarantee there is consumer choice from among different companies supplying natural gas and electricity, as well as there is access of all suppliers. However, when and where will it happen?

In the meantime, Azerbaijan and Europe have made a deal: the Southern Gas Corridor Project has kicked off. This shortened version of the ambitious Nabucco Project should be completed in 2019 and includes a system of TANAP-TAP gas pipelines starting from Azerbaijan’s Shah Deniz gas field. Gas is going to cross the territories of Georgia and Turkey to then reach Greece, Albania and Italy. For a start the volume of supplies has been estimated at about 16 billion cubic meters per annum, of it 6 billion to Turkey and 10 billion to Europe.

Europe and the United States, both keen on the idea for gas diversification but in fact aiming to throw Russia out of the gas market (gas playing a dominant role in her economy), are satisfied. A European Commission press release on the topic reads that the decision to open the Southern Gas Corridor is a real breakthrough. Its potential has been estimated to cover up to 20% of EU’s gas needs in the longer term.

At a cursory glance, Russia won’t suffer a bit from the Southern Gas Corridor, because Azeri gas supplies are set to begin at the end of 2019 and will cater for just 20% of EU gas needs. This however is a superficial approach to the assessment of the risks challenging the Russian Federation for the simple reason that in the future the circle of suppliers may possibly widen with at least Turkmenistan and Iran. The latter ranks second in the world after Russia as per natural gas deposits.

Further on, in a longer term perspective, in view of blocking the South Stream project meant to carry Russian gas to Europe, the idea for the Nabucco Project with exits to Bulgaria, Romania, Hungary and Austria looks quite realistic.

As far as Bulgaria is concerned things look pretty well: we will have fuel for heating even after 2019 (at unknown rates though) and the country will no longer be 100% dependent on Russian gas. I mention heating alone because hints to us have been crystal clear – this country cannot hope to be anything more than a tourist destination, something like a summer cottage of the EU.