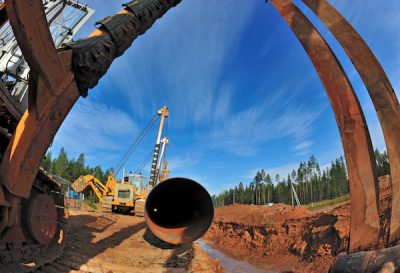 Russia is stepping up a public relations effort in support of its controversial South Stream gas pipeline project to supply southern Europe, but a rival project to bring gas from Azerbaijan is also upping its game.

Russia is Europe’s biggest supplier of natural gas, meeting almost a third of the region’s demand. Almost half of that gas is piped to the European Union via Ukraine.

South Stream is designed to carry 63 billion cubic metres of gas per year, equivalent to almost 15 percent of EU demand, from Russia via the Black Sea into central and southern Europe. It would bypass Ukraine and help Russia cement its position as Europe’s dominant gas supplier.

La Repubblica, one of Italy’s biggest daily newspapers, carried a full-page article on Thursday, part of an eight-page supplement provided by RBTH (Russia Beyond The Headlines), an information service owned by the Russian government, headlined ‘South Stream on its way to going ahead’.

The article said that “new countries have confirmed their participation in the project intended to change the (gas) supply landscape of EU”.

Against the backdrop of conflict in Ukraine, the pipeline plan has become a focus of tensions between Russia and the European Union. The EU Commission has suspended the approval process for the project and has put pressure on member states to freeze any work on the pipeline until the conflict is resolved.

“In the present context our position is very clear. South Stream has no place when we are still in such difficulties with Russia. Accordingly, we proposed to suspend South Stream,” said Dominique Ristori, director-general of the energy branch (DG Energy) of the Commission in Brussels.

Despite the Commission’s opposition to South Stream, the energy industry and most countries in southern and central Europe including Italy, Germany, Austria and Bulgaria support South Stream, saying the region needs new supply routes to avoid future transit risk through Ukraine.

Moscow has been wooing EU governments to support South Stream. Last month during a rare visit by President Vladimir Putin to Vienna, Austria gave its final approval to South Stream in defiance of Brussels.

Aware of Russia’s efforts to push South Stream ahead, competitors are not sitting idle either.

Azerbaijan plans to begin exporting 16 bcm of gas to Turkey and from there on to Italy towards the end of the decade via the Trans-Anatolian pipeline (TANAP) and Trans Adriatic Pipeline (TAP), competing directly with Russian gas.

Shah Deniz 2 is led by Britain’s energy major BP, which is, together with its partners, setting up the Southern Corridor Advisory Panel.

“An external panel set up voluntarily and jointly by… the Southern Corridor projects’ participants to advise on political, environmental, reputational and societal challenges that may be faced by the Shah Deniz 2, TANAP and TAP projects during their early years,” a BP spokesman.

The Energy Intelligence Group reported that the panel had created a three-member advisory board of former British Prime Minister Tony Blair, former German Foreign Minister Hans-Dietrich Genscher and Peter Sutherland, chairman of Goldman Sachs International, but BP would not confirm this.

Shah Deniz 2 and TAP are losing some partners with stakes of 10 percent or less. France’s Total is withdrawing from both, and Germany’s E.ON is leaving TAP.