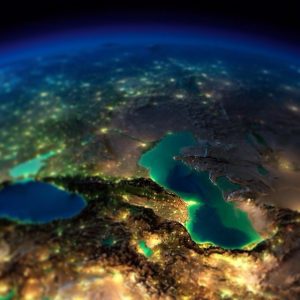 The preliminary timeframe for a meeting of the heads of states and foreign ministers of the Caspian Sea countries has been determined.

An agreement has been reached to hold the summit in Astrakhan on September 29 and the meeting of foreign ministers on April 22, the Iranian IRNA news agency reported on March 17 citing Russia’s Ambassador to Iran, Levan Dzhagaryan.

There is disagreement over determining the status of the Caspian Sea and the parties are trying to resolve it, the diplomat said.

Earlier, Deputy Foreign Minister of Azerbaijan, Khalaf Khalafov said that progress was made at the last meeting of experts of the Caspian Sea countries in agreeing on several provisions of the draft convention on the area’s legal status.

During the meeting of the working group, the parties managed to agree on several issues particularly in the sphere of the environment, Khalafov said.

In May 2002 they signed a protocol to this agreement. On Nov. 29, 2001 and Feb. 27, 2003, Kazakhstan and Azerbaijan respectively signed agreements on the delimitation of the Caspian Sea and related protocol.