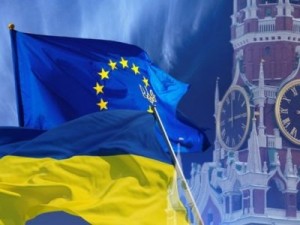 The European Union member-states leaders are going to appeal to reduce dependence on imported gas at the summit in Brussels, reported Reuters referring to the draft document worked out for the summit.

The European countries are concerned about the current relationships between Russia and Ukraine. Ukraine is the transit zone for the Russian gas deliveries to Europe, in 2012 about 34% of the European import fell to the Ukrainian transit.

The West would like to influence Moscow through energy. The talks between the European and US authorities on the alternative deliveries of energy resources have been accelerated and the western politicians have made numerous statements about the necessity to revise the gas relationships with Russia.

The European Energy Commissar Gunter Oettinger also urges to revise relationships with Russia. He has earlier said that talks with Russia concerning the Russian-European project with Gasprom – South Stream gas pipeline, which is going to be used to deliver gas to Europe via the Black Sea bottom bypassing Ukraine, will be suspended for indefinite period.

The desire to obtain independence makes the EU looking for the alternative partners. Norway is currently the second biggest gas supplier for the EU. The European market also receives gas from Algeria and Libya.