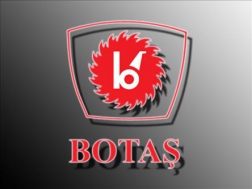 Botas is also seeking Total’s stake in the South Caucasus Pipeline, or SCP, the people said, asking not to be identified because the deliberations are confidential. Total holds 10 percent of the field and the pipeline.

A sale would follow a similar move by Shah Deniz partner Statoil ASA (STL), which in December divested a 10 percent stake in the field and the SCP for $1.45 billion to BP (BP/) Plc and the Azeri state oil company to reduce costs. It now holds 15.5 percent.

Shah Deniz’s second development phase, estimated to cost $28 billion together with the pipeline, will start producing in 2018. The fuel will travel to Turkey’s eastern border via the SCP before being transferred to a second link to Greece. The European Union is looking to Caspian projects to help ease its reliance on Russia, which provides about a quarter of its gas.

The BP-led group responsible for the field off the Azeri coast signed $45 billion of contracts in December to develop and pipe the gas to customers in Turkey, Greece and Italy. Turkey’s state oil and gas company Turkiye Petrolleri AO is already a partner in the development, Azerbaijan’s largest gas project.

Azeri news service Turan reported today that Total has been seeking a buyer since the end of 2013. Turkey’s Ministry of Energy and Natural Resources began talks with Botas over the potential deal early this year, Turan said, citing an unidentified ministry official.