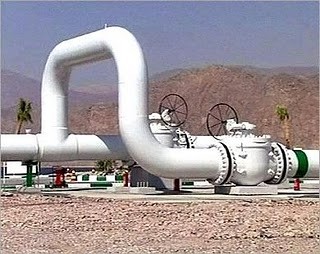 BP, the technical operator overseeing the development of Azerbaijani gas condensate field Shah Deniz, has switched over to a normal volume of gas export via the South Caucasus gas pipeline that had been reduced as a result of problems in the Sangachal terminal on the afternoon on Feb.7, BP told Trend.

The length of the Baku-Tbilisi-Erzurum pipeline (South Caucasus pipeline) is more than 700 kilometres. The gas, which is produced at the Shah Deniz gas and condensate field in the Azerbaijani sector of the Caspian Sea, is transported via the pipeline from the Sangachal terminal. The gas is then supplied to Georgia and Turkey. Azerbaijan also purchases the gas.

The second phase of development of the Shah Deniz field envisages expanding the South Caucasus pipeline. The project on expansion of the pipeline in Azerbaijan includes the construction of an additional pipeline with a 48 inch of thickness. The expansion of the pipeline in Georgia will be provided through the construction of two powerful compressor stations.