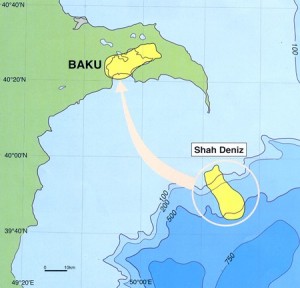 Shah Deniz gas condensate field in the Azerbaijani sector of the Caspian Sea has a potential for a Stage 3 and even further developments, Greg Riley, BP’s Director of Eurasian Exploration, said in his interview with Azernews newspaper.

Riley went on to say that the appraisal and exploration wells have discovered a new high pressure reservoir in a deeper structure below the currently producing reservoir. This means that by introducing new high-pressure technologies including those that have yet to be invented, Shah Deniz will have a full field development that will be extended to future phases.

BP will continue to work with SOCAR and other partners to continue appraisals and assessments to underpin future plans for potential new stages beyond Stage 2, Riley stressed.

Currently, work is underway in the framework of the second stage of the Shah Deniz.

The cost of the second stage of Shah Deniz development is estimated at $28 billion.