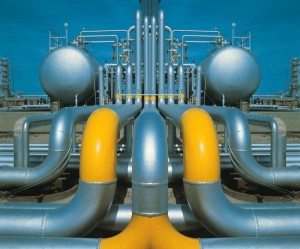 The Shah Deniz offshore field, the South Caucasus Pipeline (crossing Azerbaijan and Georgia, slated for expansion of its capacity), Trans-Anatolia Pipeline (to be built across Turkey), and Trans-Adriatic Pipeline (to be routed via Greece and Albania to Italy) are the components of a single system, comprising the gas production site and the route to the EU market. Investment costs for field production and pipeline construction are valued, in the aggregate, at $45 billion on preliminary estimates. Production and pipelines are owned by consortiums with overlapping membership (see EDM, January 15).

Thus far, only Azerbaijan’s State Oil Company (SOCAR) is a shareholder in all four consortiums (production and transportation) along the entire value chain of the Southern Gas Corridor to Europe. Additionally, SOCAR has recently acquired 66 percent of Greece’s public gas transmission network, DESFA; and, through this, it has inherited a stake in the Greece-Bulgaria Interconnector under construction. According to latest statements by SOCAR’s Vice President Elshad Nassirov, the company plans to enter South-Eastern Europe’s gas markets directly via DESFA and ramifications from it. SOCAR also stands to extend its role further through the gasification of Albania, either as a direct consequence of the TAP pipeline project (which SOCAR recently joined as a shareholder) or by using the DESFA connection (naturalgaseurope.com, accessed January 27).

The planned Trans-Anatolia Pipeline (TANAP) provides the existential foundation both to the Southern Corridor and to Azerbaijan’s own, long-term export strategy. European gas consumers’ interests and Azerbaijan’s future as a gas exporting and transit country depend largely on TANAP’s ultimate capacity. Baku envisages a capacity of more than 30 billion cubic meters (bcm) per year, so as to accommodate Azerbaijani gas exports as well as transit volumes from third countries to reach Europe via TANAP. In this perspective, European interests and Azerbaijan’s national interests as an energy supplier are closely inter-related.

Baku initiated TANAP, became the project’s majority shareholder (with Turkey as a partner), and indeed the project’s convener as it offers minority ownership stakes to Western companies (of which BP is a likely interested party—see below). It was Baku’s TANAP initiative that enabled the Shah Deniz Phase Two final investment decision (see above). The Shah Deniz partners (including BP, Norway’s Statoil, Total of France) could not or would not, themselves, finance a pipeline across the entire East-West length of Turkey’s territory. Equally existentially, TANAP made it possible for the Trans-Adriatic (TAP) project to be selected as the continuation pipeline into EU territory. With the EU failing to mobilize political or financial support for the Nabucco project, Baku offered TANAP, practically replacing Nabucco on Turkey’s territory. Without TANAP, the Nabucco-West versus TAP competition would have remained an academic matter. A large-capacity TANAP (as Azerbaijan favors) would enable the construction of a second continuation pipeline, other than TAP, into EU territory.

As a net result, Baku’s TANAP initiative opens the possibility for the first time to physically connect Azerbaijan, and the Caspian Basin writ large, with EU consumer countries. As planned, TANAP adheres to EU criteria, being dedicated, scalable, stand-alone, and operating under an EU-compatible legal and regulatory regime. When operational, TANAP would incentivize further developments of additional gas fields in Azerbaijan, Turkmenistan and Iraq’s Kurdish region, for export through the Southern Corridor to Europe.

Those prospects hinge, however, on TANAP’s ultimate capacity. The line’s first-stage capacity, planned at 16 bcm per year, would provide a short-term solution from 2019 onward, but would fall short of serving the shared interests of Azerbaijan and the EU in the longer term. Those shared interests presuppose maximizing Azerbaijani gas exports to Europe from deposits other than Shah Deniz Phase Two, as well as accommodating the transit of gas volumes from producer countries in the vicinity of Azerbaijan and Turkey.

Turkey’s role as a transit country for Caspian energy is growing mainly on the strength of Azerbaijan’s resources and Azerbaijan’s strategic choices on energy export routes. Turkey’s ambition to become a transit country of international significance is being fulfilled thanks to pipelines originating in Azerbaijan (Baku-Tbilisi-Ceyhan, South Caucasus Pipeline, and now the planned TANAP), all made possible by Azerbaijan’s national decisions to export its energy westward to Europe. With TANAP, Azerbaijan is becoming the biggest foreign direct investor in Turkey at $17 billion in investment commitments (TANAP and the petrochemical complex Petkim being the flagship projects).

TANAP’s shareholding is presently comprised of SOCAR with 80 percent, Turkey’s Botas with 15 percent and Turkish Petroleum with 5 percent of the shares. SOCAR plans to retain 51 percent and the operating rights after selling minority stakes to BP and other companies. The consortium’s final composition could depend on decisions about investment costs and returns, largely relating to pipeline capacity. Issues under discussion include pipeline diameter and compression power.

TANAP’s capacity expansion would be correlated with the expansion of the South Caucasus Pipeline (SCP), which runs from Azerbaijan to the Georgia-Turkey border, there to connect with TANAP. The SCP shareholding is identical with that of the Shah Deniz producers’ consortium. SCP’s capacity is currently planned to be increased from 7 bcm annually at present to 24 or 25 bcm annually by 2018. However, planning the line’s capacity expansion to 30 bcm per year would make strategic sense. According to SOCAR’s president, Rovnag Abdullayev, Azerbaijan’s total gas export capacity could reach 40 bcm per year by 2025.