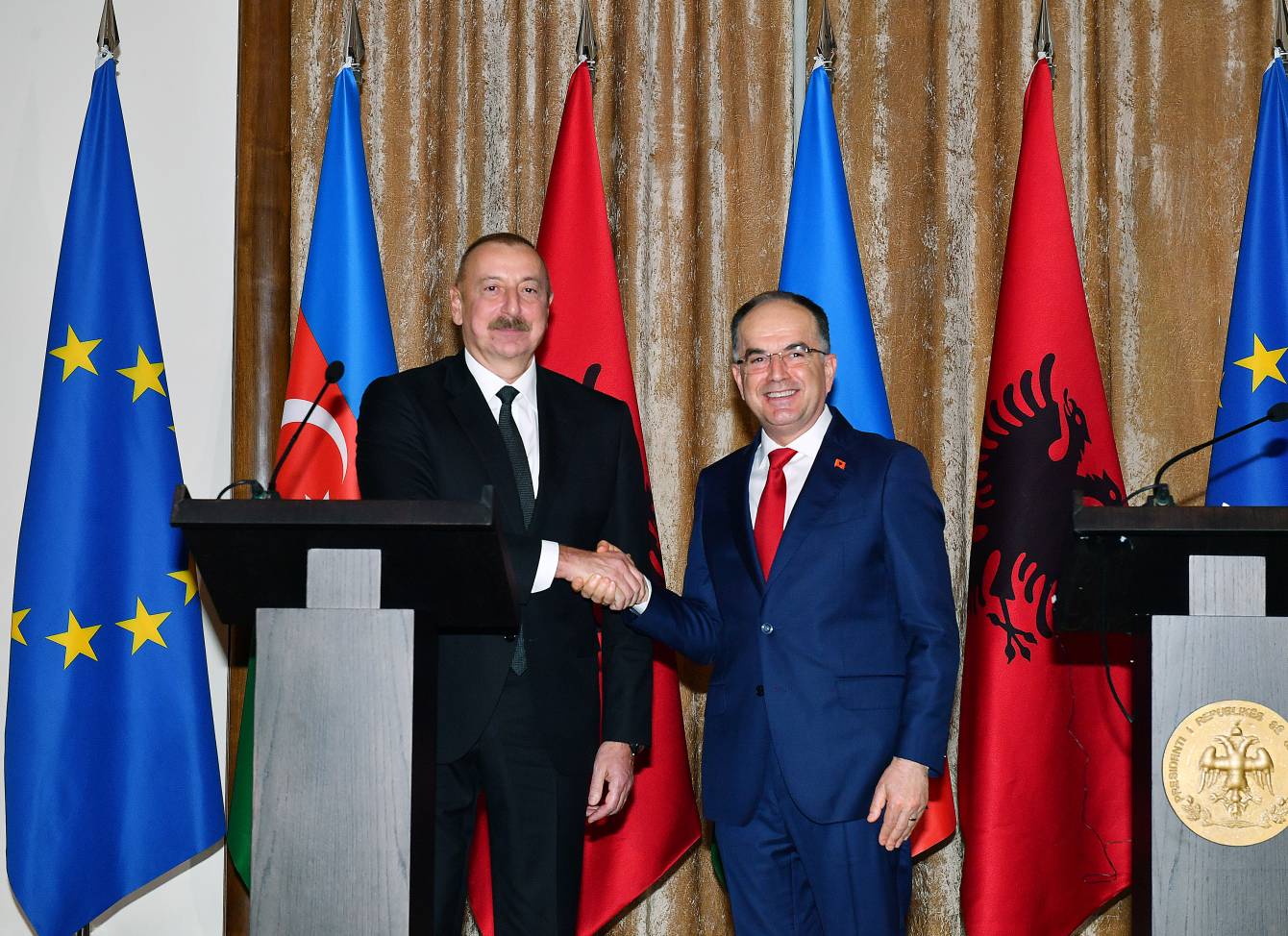 Azerbaijan is ready to invest in the gas industry of Albania, in particular, in gasification, Azerbaijani President Ilham Aliyev said. “Today (November 15) we have talked with you about the contribution that we can make to the development of the Albanian gas economy. We have our own thoughts on this matter. Until now, a gas network has not been established in Albania. Azerbaijan can participate in this area as an investor, and we are ready for this,” Aliyev said following talks with Albanian President Bayram Begay in Tirana.

We will discuss this and others related to energy in the future, the President of Azerbaijan added.

“As for gas supply issues, Azerbaijan and Albania are participants in the TAP project, and our countries have played a very important role in the implementation of the Southern Gas Corridor,” President Aliyev said.

According to him, representatives of Albania have always been very active in many meetings of the Advisory Council of the Southern Gas Corridor. Today, Azerbaijani gas also contributes to the energy security of Europe. In July of this year, a Memorandum of Understanding on strategic cooperation in the field of energy was signed between Azerbaijan and the European Commission. “According to this memorandum, we intend to double gas supplies to Europe by 2027. Naturally, this gas will pass through the territory of Albania and, thus, additional support will be provided, a contribution will be made to the energy security of Europe,” the President of Azerbaijan stressed.

“We have very rich gas reserves. The issue of doubling the TAP and TANAP gas pipelines is currently being discussed. That is, this project – the Southern Gas Corridor – has been in operation for only about two years, but the expansion of each of these pipelines, which are an integral part of this project, is already being discussed. This indicates that there is a great need for this, there is a demand. Azerbaijan is already recognized and regarded by the officials of the European Union as a reliable partner, and we, of course, are well aware of this responsibility,” Ilham Aliyev said.

* The State Oil Company of Azerbaijan (SOCAR) in three countries (Azerbaijan, Georgia and Turkey) is engaged in gas distribution, that is, the retail sale of natural gas to consumers.