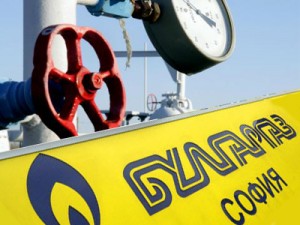 According to Bulgarian Energy Minister Rosen Hristov, this week, Bulgaria will start negotiations on increasing the volume of natural gas supplies from Azerbaijan,  Bulgarian media reported.

“We managed to agree on a place of unloading in Turkey at a competitive price, and this allowed us to accept the offer of the American company Cheniere Energy to supply one tanker of liquefied natural gas for October,” he said.

This volume covers only about a third of the Bulgarian gas consumption, the minister said. For another third, Bulgaria expects supplies from Azerbaijan, and for the remaining third, the government will have to negotiate with other suppliers by October.

“For November and December, we could not find LPG slots at an economically advantageous price,” Hristov added. It should be noted that last week the European Commission called on all interested parties to accelerate the adoption of the necessary steps for the speedy launch of the Greece-Bulgaria Interconnector (IGB). Bulgaria held the opening ceremony of the IGB interconnector at the beginning of July. The Minister of Energy of Azerbaijan, who took part in this event, said that this year it is planned to supply 600 mcm of gas to the Bulgarian market, and next year it will increase these volumes to  one bcm. However, Bulgarian officials later announced that the operation of the pipeline was delayed, and its launch might take place in October of this year.