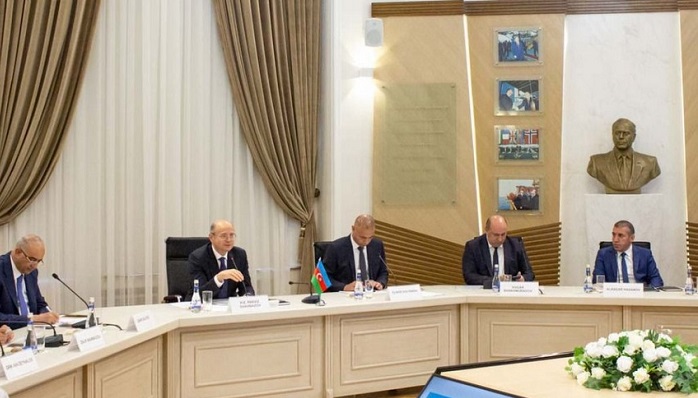 Azerbaijan and Iran discussed the issues arising from the implementation of the “Khudafarin” and “Giz Galasi” hydro junctions and hydroelectric power plants projects and the following steps to be taken, Report informs, citing a wide-ranging meeting held between Energy Minister Parviz Shahbazov and Iran’s Energy Minister Ali Akbar Mehrabian.

According to the information, the importance of speeding up works related to hydro junctions and hydroelectric power plants was emphasized, and it was said that the quick completion of the construction process would be necessary for both countries.

The meeting noted that the heads of state attach special importance to developing common historical and friendly relations between the two countries. They discussed the importance of the meeting of the presidents of Azerbaijan and Iran held in Ashgabat as part of the 6th Summit of the Heads of State of the Caspian littoral states for future cooperation.

During the debates, opinions were exchanged on other issues on the energy cooperation agenda of the two countries.