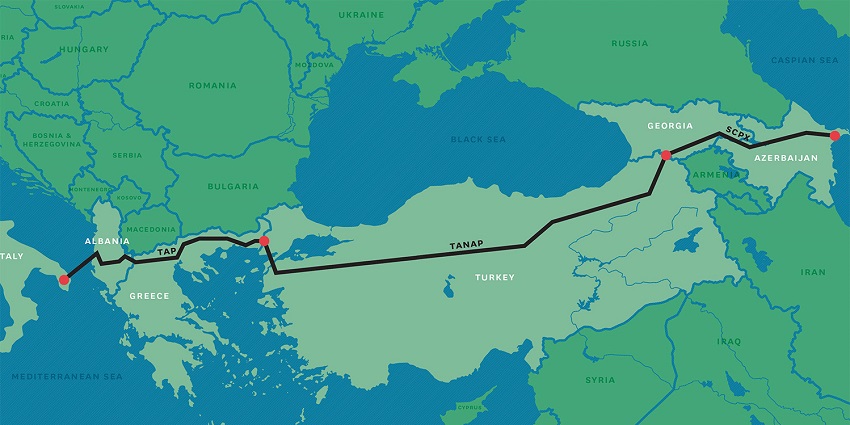 Azerbaijan has never used natural gas as a tool for political pressure, Baku is currently negotiating with its main partners on the expansion of the Southern Gas Corridor (SGC), stated the SOCAR Vice President for Investments and Marketing Elshad Nasirov at the Baku Energy Forum.

According to him, despite the development of alternative energy sources, hydrocarbon resources will remain relevant in the coming decades. He also noted the successful operation of the Southern Gas Corridor (SGC) and expressed confidence that the next step would be to expand its capacity.

“At present, discussions on this issue have already begun between the main shareholders of the project,” he added.

The General Director of Canub Qaz Dehlizi CJSC Afgan Isaev, in turn, speaking at the forum, said that the company is considering expanding the activities of the Southern Gas Corridor with an emphasis on “green” energy.

“After the final investment decision on the expansion of the Southern Corridor is made, we can consider switching to new directions for using this corridor. A new energy transition strategy will be developed by the end of summer. The new areas that CQD plans to focus on are: renewable energy, energy efficiency and recycling (waste to energy and water treatment),” he said.

Isaev added that if a decision is made to expand the Southern Gas Corridor, then, according to the successful experience of the first stage of the project, there will be no problems with construction.

At present, the expansion of the capacity of the Southern Gas Corridor by two times is being discussed. Baku declared its readiness to increase gas supplies to Europe in the presence of demand and contracts.