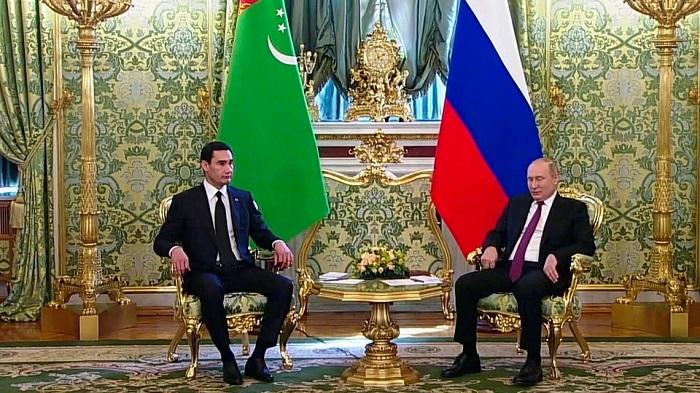 Russia and Turkmenistan intend to deepen joint work on geological exploration and development of oil and gas fields. Such plans are included in the declaration on strategic partnership, signed by the leaders of the two countries on June 10 in Moscow.

Russia and Turkmenistan noted the positive dynamics in cooperation in the energy sector. It is noted that the level of cooperation between oil and gas companies of the countries has increased. The states will make joint efforts to exchange experience and train personnel in the oil and gas industry, the document says.

In addition, Moscow and Ashgabat confirmed their intention and readiness to increase joint work within the framework of projects aimed at improving energy efficiency, building new and modernizing existing power generation facilities in Turkmenistan.

According to Turkmen President Serdar Berdimuhamedov, the countries have the potential to implement joint energy projects thanks to relations based on equality, respect, openness and trust. Russian President Vladimir Putin, in turn, noted the interest of large energy and industrial companies of the Russian Federation, including Inter RAO and Power Machines, in implementing projects in Turkmenistan. He recalled that such companies as Gazprom and Lukoil are successfully implementing their projects in Turkmenistan.