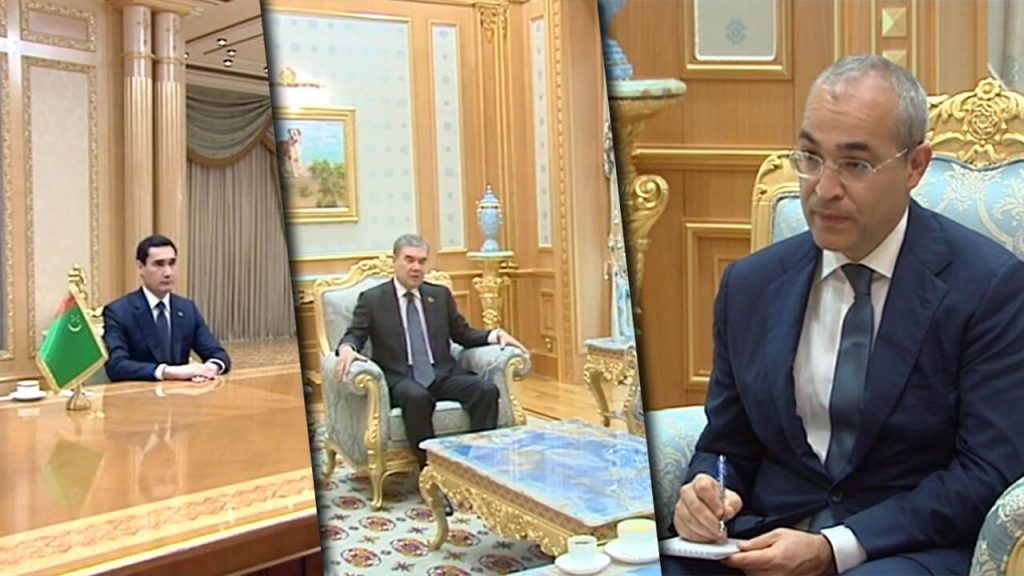 President Serdar Berdimuhamedov met on Tuesday with Azerbaijani Economy Minister Mikail Jabbarov, who arrived in Ashgabat on a visit

The sides discussed the development of trade and economic cooperation, covering such areas as fuel and energy, transport and communications, the potential of interaction in which is determined by the geography of neighboring countries bordering on the Caspian Sea.

With this in mind, the role of Turkmenistan and Azerbaijan in increasing interregional transit cargo transportation through the transport systems of both countries was noted and prospects for partnership in this sector were discussed.

Another topic of the talks was the oil and gas industry, in which there are also opportunities for combining efforts in the interests of the two states.

The issues of intensifying contacts between the business communities of Turkmenistan and Azerbaijan were also discussed at the meeting.

On the same day, Mikail Jabbarov met with the chairman of the Halk Maslahaty Milli Gengesh Gurbanguly Berdimuhamedov. They focused on the development of inter-parliamentary ties, the exchange of experience at the level of legislative bodies and consultations in the legal sphere, which will serve to strengthen Turkmen-Azerbaijani relations in the trade and economic sphere.