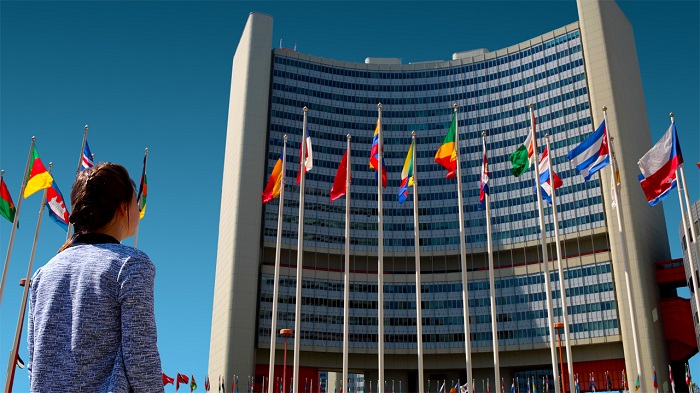 Governments must continuously identify and promote coherent incentives in the context of moving to a zero-carbon economy, Stephan Sicars, Managing Director of the United Nations Industrial Development Organization (UNIDO) Directorate of Environment and Energy told Trend.

“If we look at the period before the [COVID-19] pandemic, the industrial sector in Central Asia saw a decade of steady growth. According to UNIDO’s Industrial Analytics Platform, between 2008 and 2018, the manufacturing value added (MVA) per capita grew by 47 percent on average. However, over the same period, the world’s emerging economies have on average achieved close to 61 percent MVA growth per capita. This indicates that there is space not just to sustain, but also to accelerate industrial development outside of the traditionally strong textile and extraction sectors,” Sicars said.

In this context, he explained, the transition to low- and zero-carbon economies is a complex, yet urgent task that will require paradigm shifts and novel approaches.

“I am happy to say that the Central Asian governments had recognized this already before the pandemic, making the “build back better” principle a natural continuation of the actions taken before 2020,” he said.

“For example: Kazakhstan’s Strategy 2050 includes goals to reach carbon neutrality by 2060 confirming the country’s willingness to serve as a regional climate hub, as voiced in Glasgow at the climate summit last year. Kyrgyzstan’s National Development Strategy to 2040 aims to achieve the Sustainable Development Goals (SDGs), including SDG 9 on inclusive and sustainable industrialization, infrastructure and innovation, as a priority, whereas Uzbekistan’s Strategy for the Transition to a Green Economy for the 2019-2030 Period encourages innovation and adaptation of green economy technologies. In the wider region, Azerbaijan has identified green growth as one of its priorities, and is taking concrete steps on the efficient use of resources,” he said.

Sicars said these are all steps in the right direction, but it must be recognized that inclusive and sustainable industrial development in the context of moving to a zero-carbon economy is above all a collaborative effort between all relevant stakeholders.

“Governments must continuously identify and promote coherent incentives on for sustainable production and consumption, removing barriers for green development and lifestyle changes. This requires industries to adapt to consumer demand for green and circular products by changing their business models, shifting to circular thinking along value chains, and investing in climate friendly technologies, as they compete and expand to new markets,” he added.

Of course, he pointed out, industrial development today is increasingly reliant on the accelerated adoption of digital technologies in production, decision-making processes and circular business models. For example reverse logistics, using tools such as product passports. As such, circularity is one of the most promising tools we have that can reconcile aspirations for inclusive and sustainable industrial development and a zero-carbon economy.

“The principles and practices for circular economy transitions and digitalization offer huge potential for reaching a climate-neutral economy, not just in Central Asia, but globally as well. UNIDO will continue supporting the countries in the region to fulfill that potential, through efforts to scale circular economy approaches within the framework of the SDGs,” Sicars said.