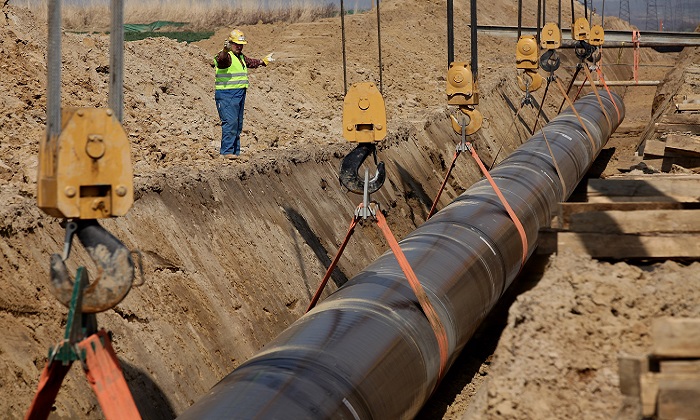 The project worth a total of €240 million is implemented with funds from shareholders, OPIC, EEPR and through a loan from the EIB

A total of 149.8m euros in European funding for the IGB project has been utilized as of the beginning of May. €44.1 million is the amount that remains to be utilized by the ICGB project company until the project is fully completed. A total of 77% of the grant and loan funding have been utilized.

The construction of the gas interconnector between Bulgaria and Greece is worth a total of €240 million: €45 million are provided under the European Energy Program for Recovery (EEPR), €39 million are allocated under the Operational Program “Innovation and Competitiveness” (OPIC) 2014-2020), €109.9 million were provided in the form of a loan from the European Investment Bank (EIB), and the remaining funds were secured by the shareholders – the Bulgarian national company BEH and the Greek-Italian IGI Poseidon.

The full funding for the gas interconnector between the two neighboring countries was finally secured in 2019, following the finalization of the EIB loan agreement. As part of the mechanisms for security and control of funds, the amounts provided for the project are not automatically allocated to the project company but are utilized in stages in separate tranches to ICGB only after successful completion of multiple audits. The inspections are performed by independent foreign companies, which perform both audit of documentation and on-site inspections. This model ensures that all activities and procedures for the implementation of the project are performed in accordance with all legal requirements.

By the beginning of May, ICGB had successfully passed five independent audits and a number of inspections at European, national and regional level. A total of €23 million was disbursed under the EEPR, €36.8 million under OPIC and a total of €90 million under the EIB loan through three separate tranches. Until the total value of the project is reached, a total
of €44.1 million remain to be allocated, which will happen in stages only after the approval of performed activities, delivered equipment and proven quality of work performed on the project.

For its part, ICGB also pays the EPC contractor – the Greek company AVAX, in
separate tranches based on performed activities, delivered equipment and achieved targets.

Currently, the project company receives positive feedback on regular audits performed by the independent foreign company RSK Ltd. under EIB loan financing. The inspections are carried out every three months both in the construction phase and after the commissioning of the gas pipeline, and their main purpose is to verify that the IGB project is implemented in compliance with all environmental protection requirements in the regions along the route of the gas pipeline. ICGB’s obligations to the environment and the protected species in the route areas are among the main commitments the company has made to the
EIB in order to be approved for loan financing.

As of May 2022, a total of five environmental audits have been conducted, with no significant violations or non-compliance with the set standards being established. After the completion of the construction phase and the commissioning of the gas pipeline, three more similar audits are planned.