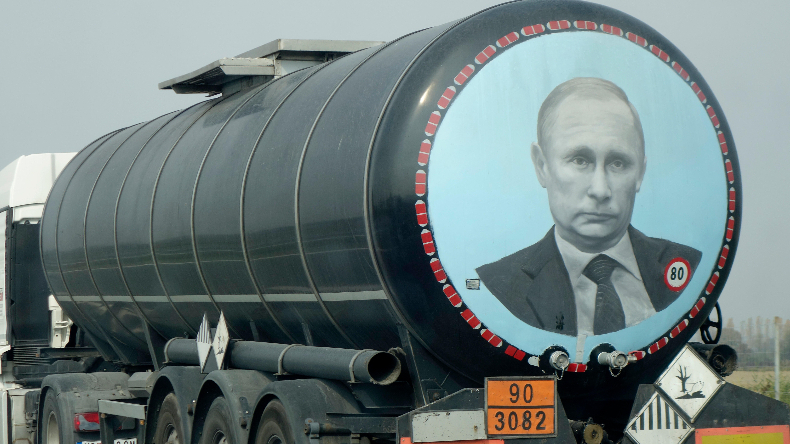 A European Union ban on imports of Russian oil would have a profound effect on the global crude market and hit the continent hardest, said Kremlin spokesman Dmitry Peskov.

“This is a decision that would hit everyone,” Peskov told reporters on Monday. “Americans would not lose much and will feel much better than Europeans. Europeans would have it hard.”

The Kremlin’s statement comes as several EU countries are pushing for a fifth round of sanctions on Russia in retaliation for its invasion in Ukraine. The new wave of restrictions could include a ban on purchasing Russian oil, which may be more easily replaceable than Russian gas.

Should the ban be adopted, the EU, the single largest consumer of crude oil and fuel from Russia, would be following the U.S. and the U.K. Even in the absence of an official Europe-wide ban, traditional buyers of Russian crude and oil products have been cautious or even reluctant to take the country’s cargoes. So-called self-sanctioning has contributed to higher volatility in crude prices.

Any measures targeting Russian oil would mostly depend on Germany, which has so far been the main source of resistance to expanding the scope of EU sanctions and other restrictive measures to the energy sector. Berlin is not alone in opposing moves against Russian energy flows, with Hungary also among those against. Any decision would need to be taken unanimously by all 27 member states.

Europe’s leaders are meeting in Brussels on Thursday, where the idea of an oil embargo ls likely to be discussed.

“I think it is unavoidable to start talking about the energy sector and we definitely can talk about oil, because it is the biggest revenue to the Russian budget and also it is quite easily replaceable because of our infrastructure and multiple suppliers,” Lithuanian Foreign Minister Gabrielius Landsbergis said in Brussels.

Out of an average daily 4.39 million barrels of oil Russia exported to its main foreign clients from March 1 to 15, deliveries via westbound pipelines and ports on the Black and Baltic Seas, which traditionally serve European customers, reached some 2.7 million barrels per day, according to the Russian oil industry data.