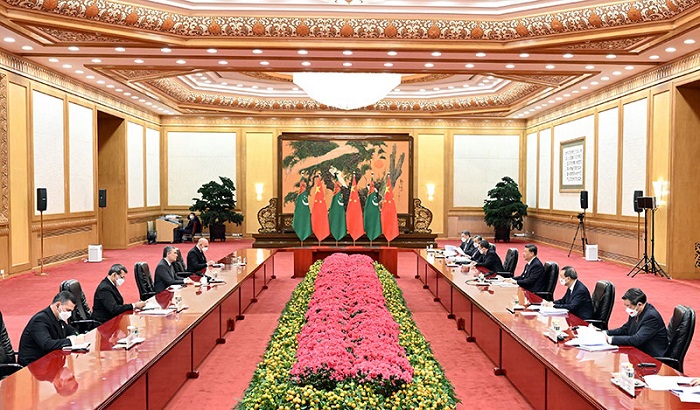 According to him, one of the main issues here is the creation of a production and gas transportation base on the territory of Turkmenistan, which will ensure the supply of “blue fuel” through the fourth branch.

“I believe that in the near future our specialists will start discussing the construction of an enterprise for gas purification from sulfur, compressor stations and a gas pipeline from the Galkynysh field to the border of a neighboring state,” the Turkmen president noted.

He also stressed that it is necessary to start negotiations on the price of natural gas, which will be supplied through the fourth branch of the gas pipeline.

“I expect that negotiations between Turkmen and Chinese partners on the price of commercial natural gas will be based on world experience. The Turkmen side is ready to consider the participation of a Chinese company in the preparation of the second stage of the Galkynysh gas field for Chinese investment. Chinese investments will be returned through the supply of Turkmen natural gas,” local TV quoted the head of state as saying.

“Thus, during the negotiations, the parties reached an agreement on the construction of the fourth branch of the Turkmenistan-China gas pipeline,” the report says.

Turkmenistan is the largest exporter of pipeline gas to China and supplies “blue fuel” through three lines (A, B and C), passing along the route Turkmenistan-Uzbekistan-Kazakhstan-China. In 2021, about 34 bcmof Turkmen gas were supplied to China.

Earlier it became known that the fourth branch (D) is planned to be laid along the route Turkmenistan-Uzbekistan-Tajikistan-Kyrgyzstan-China. With the construction of the fourth line and the pipeline reaching its design capacity, Turkmen gas supplies to China should be increased to 65 bcm per year.