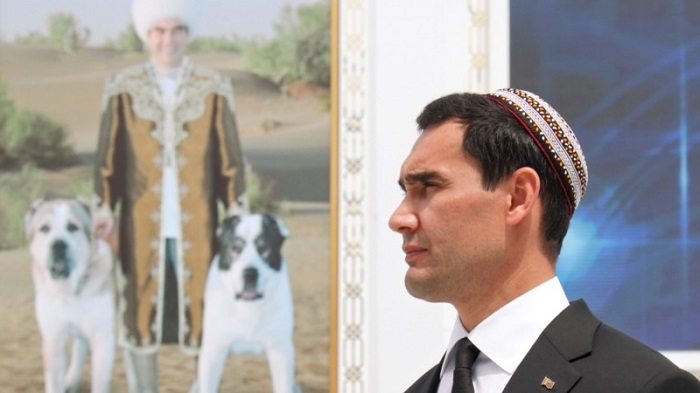 On February 11, an extraordinary meeting of the Halk Maslahaty was held in Ashgabat, dedicated to the plans for the development of the state in the next 30 years. According to the state news agency TDH, President Gurbanguly Berdimuhamedov said the following during the meeting:

Further, the head of state said that two years ago he reached the age of the prophet and came to a difficult decision.

“I support the idea that the road to public administration at a new stage in the development of our country should be given to young leaders who have been brought up in a spiritual environment and in accordance with the high requirements of our time. I, as the Chairman of the Halk Maslahaty, intend to further direct my vast life and political experience to this area,” the President of the TDH quotes.

In addition, “in accordance with the great goals”, Gurbanguly Berdimuhamedov suggested calling the future period of Turkmenistan’s development “Revival of a new era of a powerful state.” Recall that now the country is passing the “Era of Power and Happiness”, which began in February 2012.

The head of state did not announce a successor, but it will obviously be his son Serdar Berdimuhamedov, write Turkmen websites that operate outside of Turkmenistan.

In turn, as the assistant to the chairman of the Turkmen Central Election Commission Bezirgen Karayev told RIA Novosti, early presidential elections in Turkmenistan will be held on March 12, 2022.

According to the Interfax news agency, current President Gurbanguly Berdimuhamedov was elected to the post of head of state in the February 12, 2017 elections. Then 97.69% of voters voted for him. A total of 3,163,692 voters voted.

According to the Constitution of Turkmenistan, the president is elected for a term of 7 years. The next presidential election was to be held in 2024.

According to DW, in February 2021, the President of Turkmenistan signed a decree on the creation of a new position of Deputy Prime Minister, to which he appointed his son, 39-year-old, Serdar Berdimuhamedov. His responsibilities included the introduction of a digital system and innovative technologies “in all branches of production”, as well as the exercise of control over this activity.

In this regard, analysts assumed that President Gurbanguly Berdimuhamedov was preparing his only son to succeed him. A native and citizen of the country who is at least forty years of age may be elected President of Turkmenistan. Serdar Berdimuhamedov reached this age on September 22, 2021.